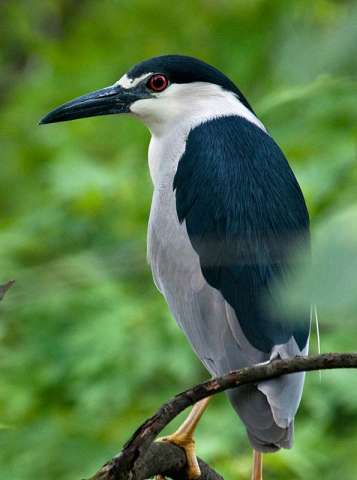 Description: Most active in early morning and evening, this state-endangered bird may be seen flying over, sitting on logs in the water, or stalking prey on the shore.