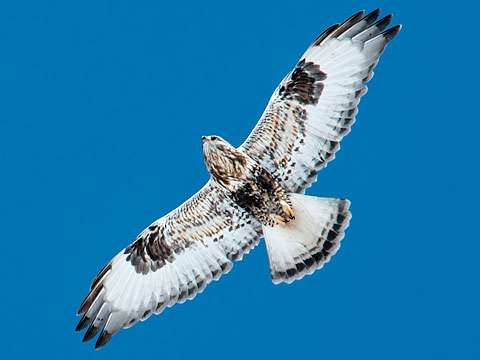 Description: Look for this uncommon winter migrant flying over from late fall through early spring, or less frequently perched in the top of a tree in the Dixon Prairie.