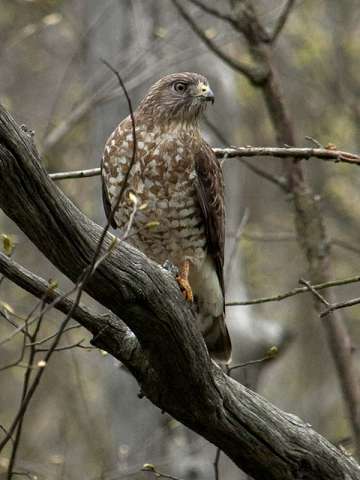 Description: The only visiting raptor may be seen in the woodland in summer, or more likely, flying over in September in large flocks or kettles of at 50 or more.