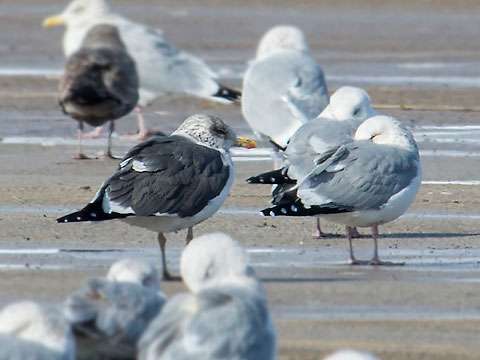 Description: This is a rare black-backed gull species most likely seen on the lake ice in spring or winter.