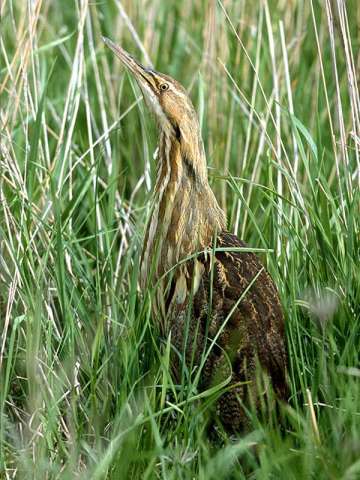 Description: This state-endangered species is rarely seen and difficult to spot. If here, this chicken-sized bird will be on a lake edge or Marsh Island.