An orchid named by Linnaeus 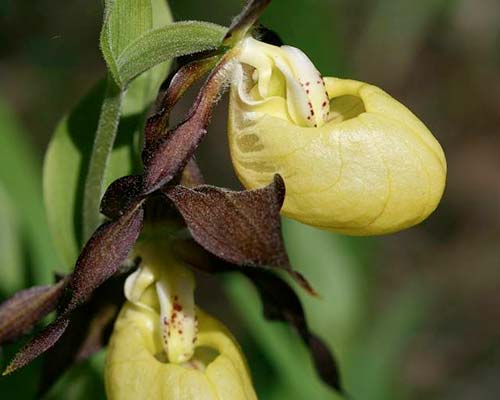 The great botanist Linnaeus himself named this orchid in 1753, in his Species Plantarum. He invoked the legend of Venus’s slipper: the story says that Venus and Adonis were out hunting when a storm forced them to take shelter. Love ensued. Afterward, Venus left her slipper behind. A mortal found it, but before he could pick it up, it morphed into a slipper orchid of gold. Linnaeus packed a lot of meaning into one name: Cypripedium combines Cyprus (Venus’s sacred island) and pedilon or slipper; calceolus means little shoe.