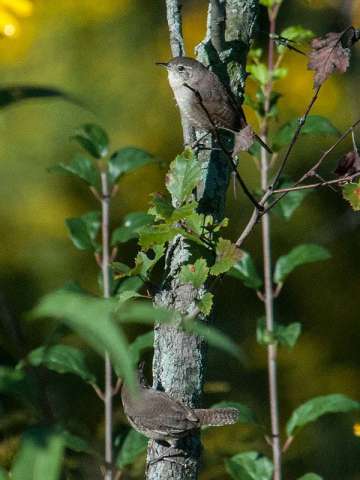 Description: This cavity-nesting bird is most often seen and heard in wooded areas of the Garden. It occasionally occupies bluebird houses.