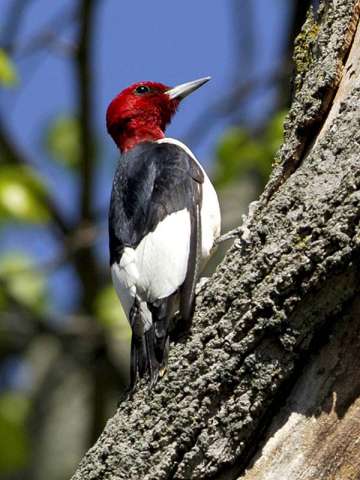 Description: This is one of two visible woodpecker species with red highlights on its head. Oak woodland restoration has helped to increase their numbers in recent years. It is most often seen in McDonald Woods.