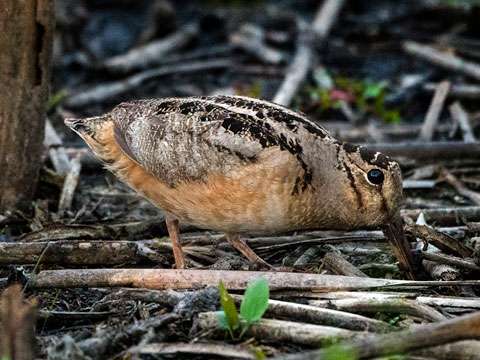 Description: This elusive, medium-sized shorebird is known for its distinctive courtship flights at dusk in early May. It can be seen on the ground in wet woodland areas.