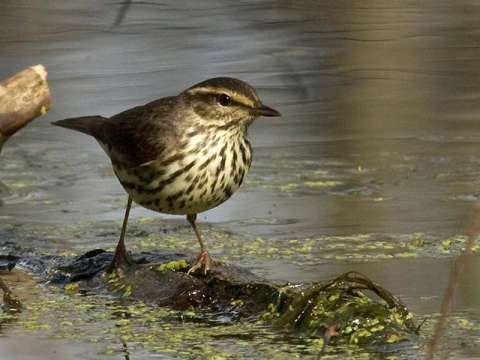 Description: Look for this common migrant warbler in any wooded habitat at the Garden, especially areas with standing water.