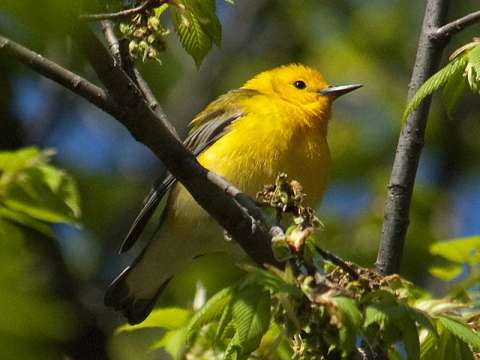 Description: This rather rare, cavity-nesting warbler is associated with wet woodland habitats.