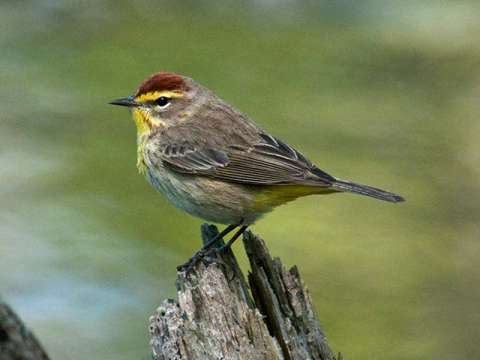 Description: This migrant species is very common throughout the Garden, but is often seen with yellow-rumps in open areas.