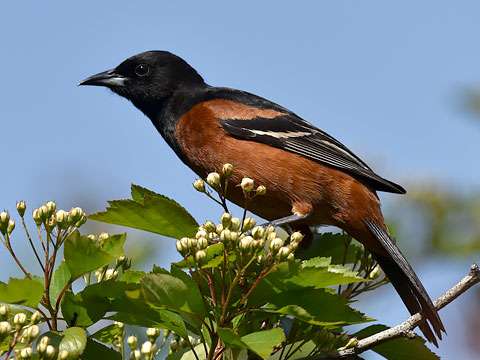 Description: Look in areas of scattered trees for this distinctively colored bird of open savanna habitats. They are often seen in the Dixon Prairie.