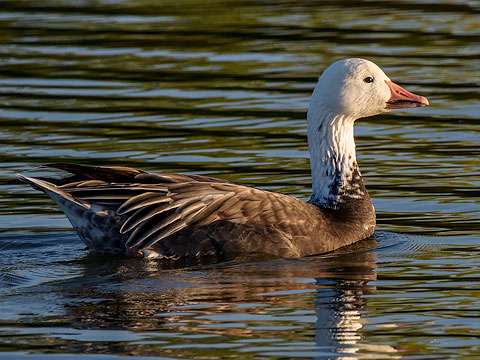 Description: Snow geese may often be seen together with Canada geese on the lakes or feeding on the lawn.