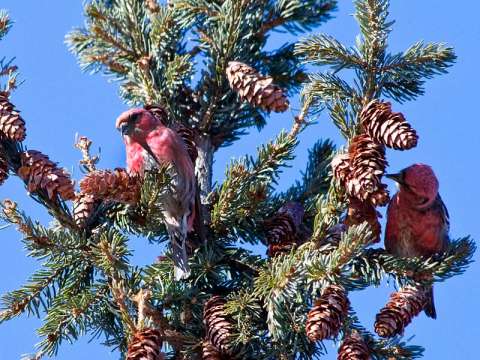 Description: This rare member of the finch family has a bill specialized for extracting seed from spruce cones. Their appearance at the Garden is associated with variations in spruce cone abundance. Look for them around the conifers.