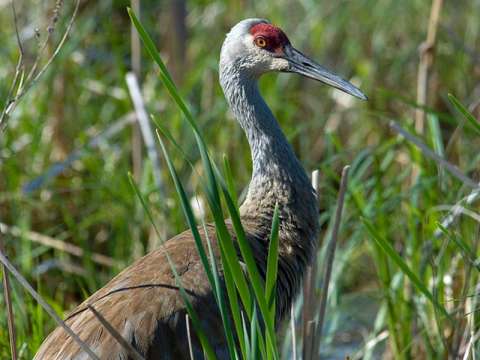 Description: Follow the distinctive call to spot this bird flying over in large numbers late in the fall just before cold weather sets in.