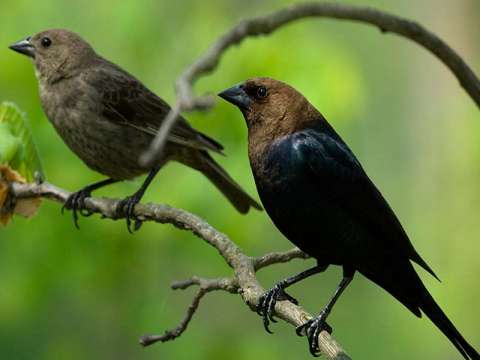 Description: Quite common in the Midwest, these birds lay their eggs in other species' nests. They can be found everywhere at the Garden looking for nests in which to lay their eggs. One female can lay 70 eggs in one season.