The garden and the kitchen are “dancing partners,” according to a cookbook from the team behind Blackberry Farm, the luxurious farm and inn in Tennessee. Jeff Ross, farmstead educator and artisan chef at Blackberry Farm, brought that farm-to-table spirit to the Chicago Botanic Garden. 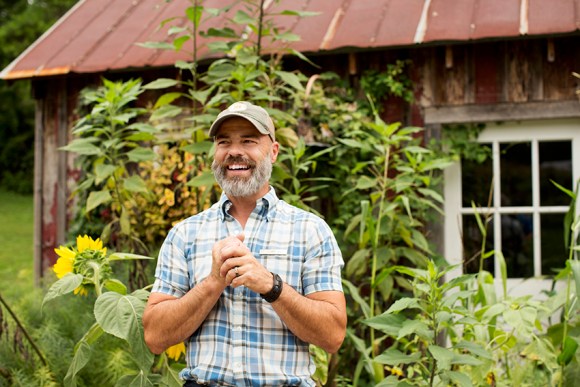 Ross showed how easy it is to incorporate fresh produce and gardening into your life in his lecture, “Eating Between the Rows.” “I want to open people’s eyes to the edible food all around them,” Ross said.

Ross targets 30 to 40 items and encourages gardeners to think beyond the obvious to things like the florets of collard greens or other ways to use coriander. “These plants were historically grown as edibles, but that knowledge has been lost,” Ross said.

It’s not just edibles. Ross looks to the garden for home décor ideas, such as using okra pods in creative ways, and as an unexpected source of inspiration. “A garden shed can be very beautiful, and it changes nearly every day throughout the season.”

In addition to being a well-known restaurant and inn, Blackberry Farm is a fully working farm. Ross spent nearly ten years managing the gardens at Blackberry; now he helps chefs get more involved in the garden. 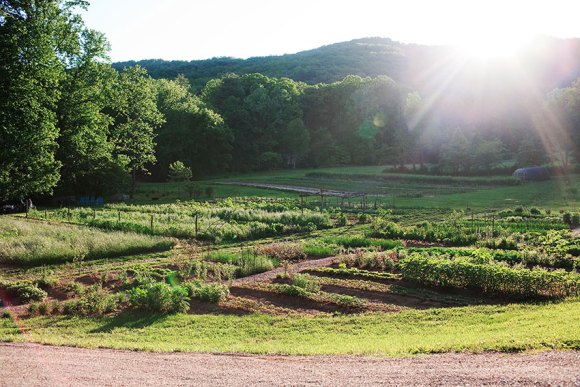 Even though the farm is a large operation, the lessons learned there can be easily adapted in containers or raised gardens of just a few feet, according to The Foothills Cuisine of Blackberry Farm cookbook by Sam Beall. It’s a matter of scale. So, grow smaller vegetables and pick them young. Choose the right plants—such as cherry tomatoes instead of beefsteak for an urban container, or squash blossoms instead of larger squash (and pick the squash when it is young).

The cookbook includes a photo of Ross, in his work overalls, holding a handful of beans. Bush, shell, soup, green—Ross loves them all. “I want that to be my last meal.” It’s further proof that the farm-to-table connection is personal and powerful.

Try the marbled potato salad recipe below from The Foothills Cuisine of Blackberry Farm.

Tips: Use the smallest potatoes you can find. The leftover pesto keeps up to a week or more in the refrigerator; use on roasted vegetables or grilled steak.

For the potato salad:

To assemble: Cut the potatoes in half and divide among six serving plates. Tuck in arugula among the potatoes. Scatter the pickled onions, if using. Spoon 2 tablespoons of the pesto over each salad; drizzle with olive oil or bacon fat. Season with salt and pepper. Serves 6. 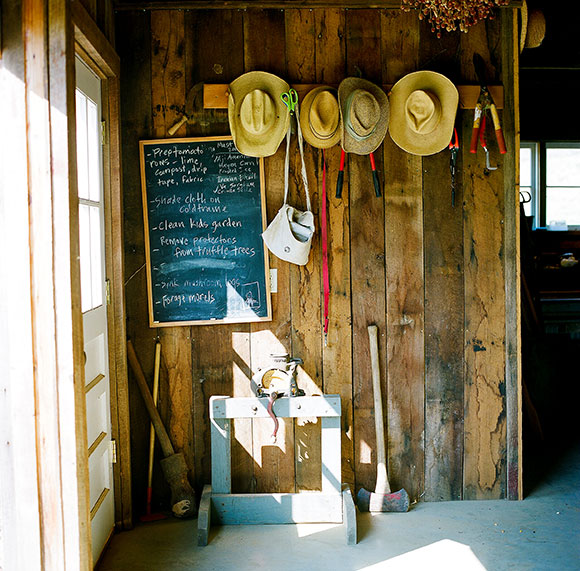 The barn on Blackberry Farm