Is there any more welcome sight than daffodils blooming in the spring? Not to me! I’m thrilled by the sight of these flowers, their colors ranging from the most vivid yellows and oranges to muted pastels to pure white.

In the early years of the nineteenth century, daffodils so captivated the poet William Wordsworth that he wrote “I Wandered Lonely as a Cloud,” a poem celebrating their ability to lift the spirit.

“…A host, of golden daffodils;
Beside the lake, beneath the trees,
Fluttering and dancing in the breeze…”

“…The waves beside them danced; but they
Out-did the sparkling waves in glee:
A poet could not but be gay,
In such a jocund company…”

Also enchanted by the flower, the prophet Mohammed reportedly said, “Let him who hath two loaves sell one, and buy the flower of narcissus: for bread is but food for the body, whereas narcissus is food for the soul.”

During the Victorian era, when flowers were selected carefully for their meanings, daffodils conveyed a number of messages, such as friendship, chivalry, and respect. Depending on the context, a daffodil could also signal unrequited love or misfortune. The last two interpretations stem (so to speak) from the plant’s genus name, Narcissus, with its connection to Greek mythology. Most people are familiar with the story of handsome Narcissus, who spurned the affections of the wood nymph Echo and thereby irritated Nemesis, the goddess of revenge; Nemesis doomed Narcissus to becoming so obsessed with his looks that he faded away, reborn as a flower that sprang up beside the pool where he gazed himself into oblivion. 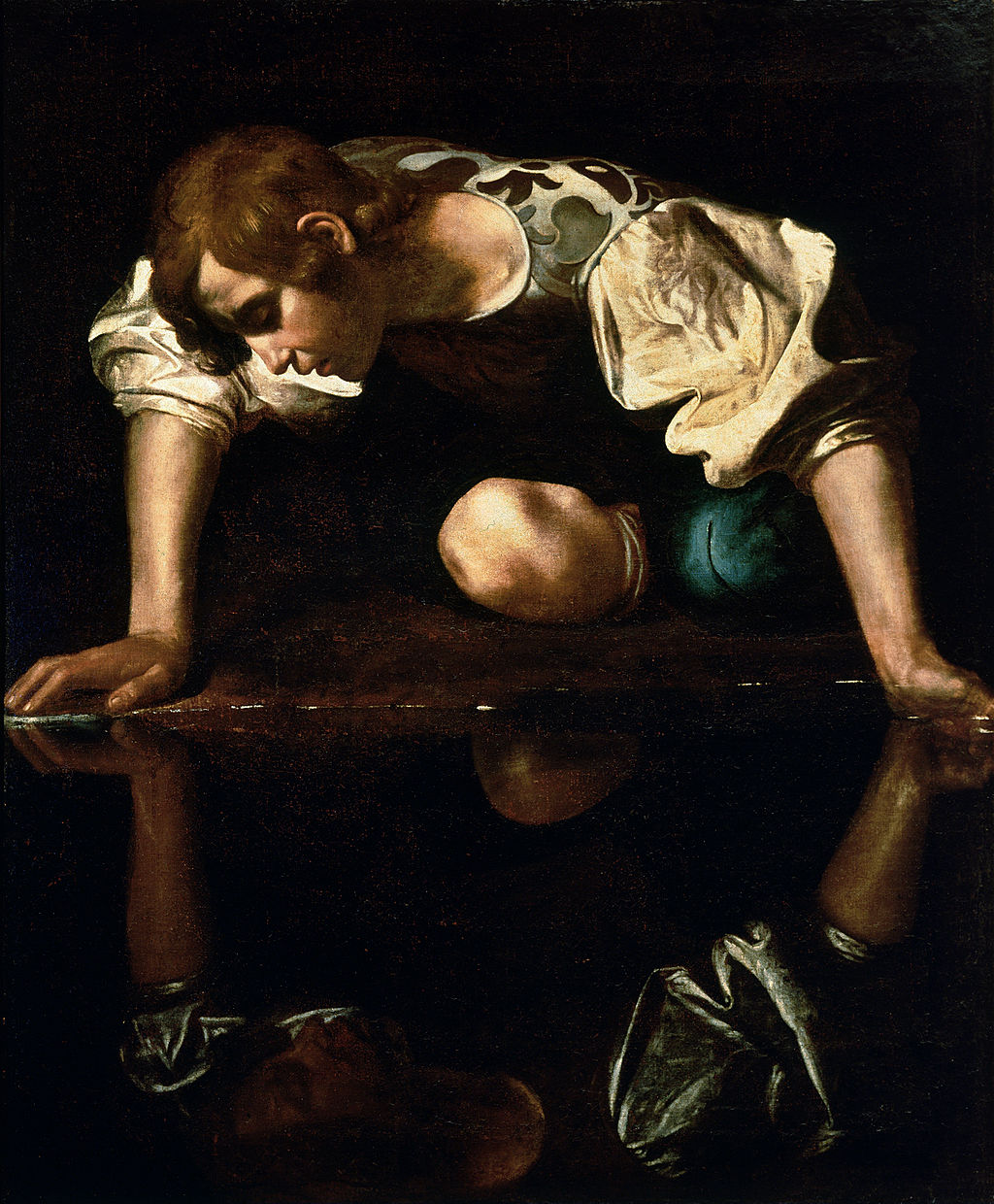 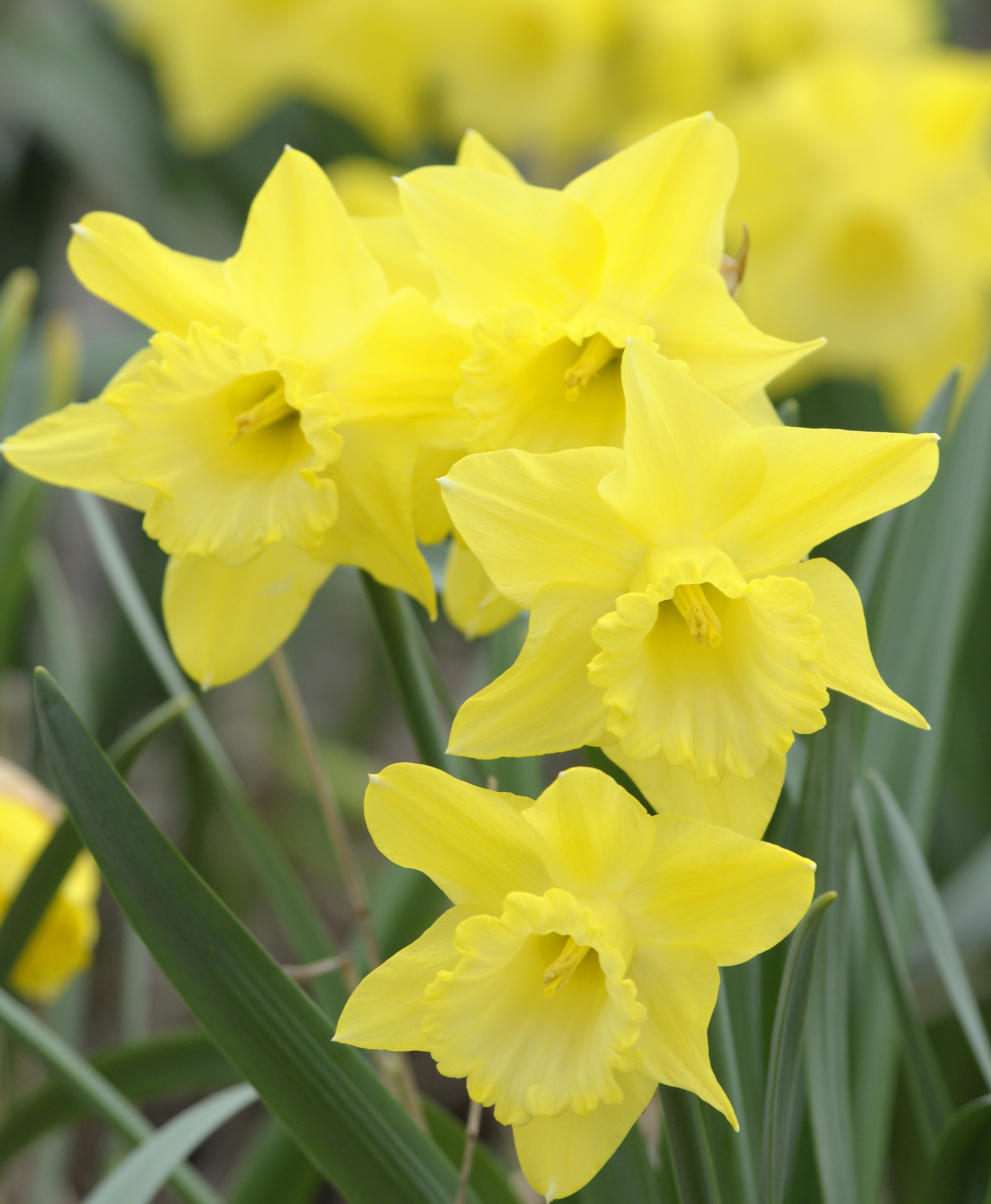 When Wordsworth came upon “A host, of golden daffodils” he marveled, “Ten thousand, saw I, at a glance.” Were the poet to time-travel forward to the twenty-first century and emerge here at the Chicago Botanic Garden, he would no doubt be amazed for many reasons, not the least of which would be the sight of more than 500,000 daffodils. There are 90,000 daffodils on the North Lake’s Bird Island alone, and thousands of others massed on Evening Island and within the Lakeside, Crescent, and Bulb Gardens, among other places. Daffodils are a bright and hopeful beacon of spring, and at the Garden, visitors of all ages, interests, abilities (and centuries) can enjoy 230 varieties of them in all of their forms: trumpet, large-cupped, small-cupped, double, triandus, clyclamineus, jonquilla, and tazetta.

Thousands of Narcissus ‘Ice Follies’ and other cultivars adorn Bird Island in spring.

Wander the Garden’s beauty this spring, and keep your favorite Narcissus in your heart. Then, plan for fall and our annual Fall Bulb Festival. Next spring, your landscape will come alive with daffodils, and your heart—like Wordsworth’s—will fill with pleasure at their beauty.