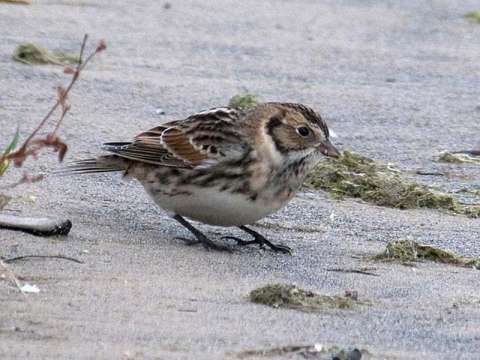 Description: In early spring and late fall, look for this bird of the high tundra as it scurries along the paths in the Dixon Prairie or flies over in small flocks.