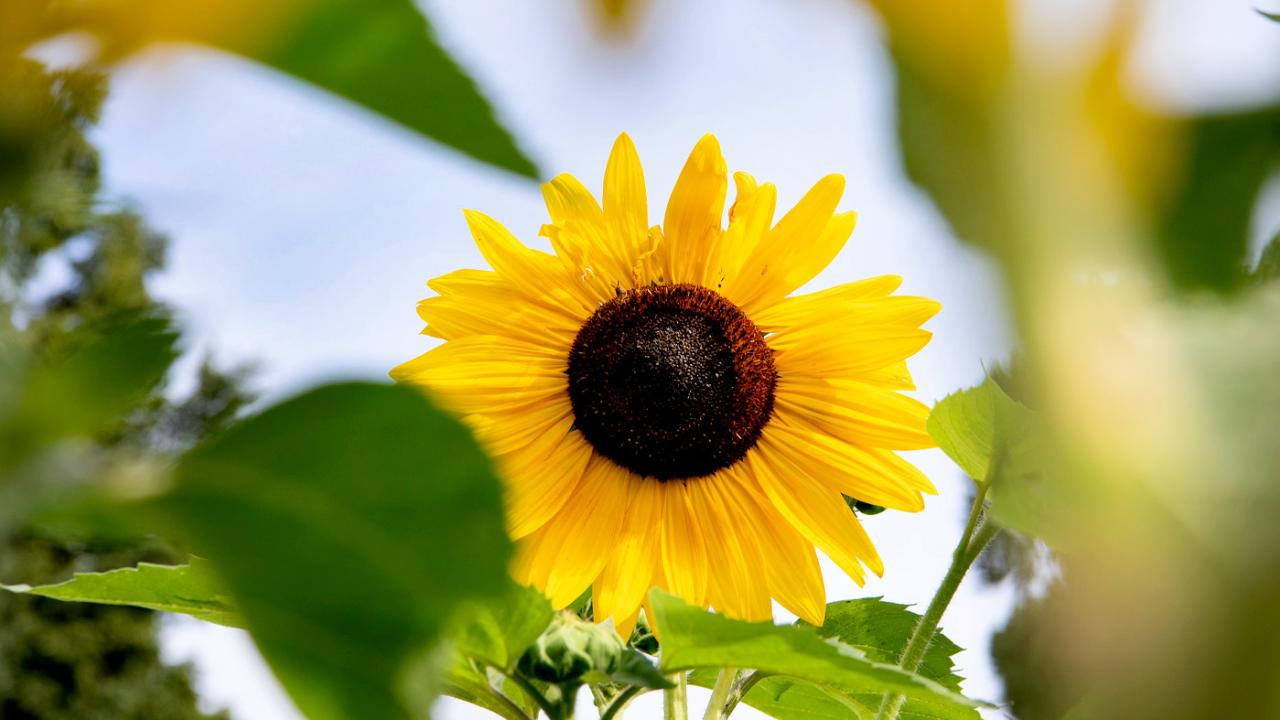 Kelly Larsen joined the Windy City Harvest team in 2008 as a Windy City Harvest Corps crew leader. She currently oversees eight acres of production and operations at 12 farm sites, as well as the Windy City Harvest Corps transitional jobs and Farmer Incubator programs. She has a degree in environmental studies from Northeastern Illinois University in Chicago and is a certified Roots of Success Environmental Literacy instructor and TreeKeeper. Larsen is a produce safety alliance and GAPS-certified grower, and ServSafe manager. She is a member of the Chicago Jobs Council, National Incubator Farmer Training Initiative, and National Food Hub Network. Previously, Larsen worked with The Talking Farm and Gethsemane Garden Center. Larsen is honored to be a part of creating access to sustainable food-system employment and seeing the amazing work Windy City Harvest graduates continue to do after completing their programs.

Rafael Arredondo completed the Apprenticeship program in 2010; previously, he had worked in the steel industry. Arredondo officially joined the team as a staff member in 2011 to install the Kraft Corporate Campus garden, which he coordinated for three years. He then went on to run the Rodeo Farm for two years. Currently, he can be found checking in on production at any of the 13 farm sites, turning compost, and whistling at early hours in the greenhouse to classic rock. He also runs his own business called Frances' Edible Landscaping.

Britt Calendo is the VeggieRx manager for Windy City Harvest. VeggieRx is Windy City Harvest's prescription produce program. In this role, she helps to organize and run VeggieRx distributions with Lawndale Christian Health Center, Loyola Medicine, and PCC Community Wellness. Calendo joined the Chicago Botanic Garden in 2014, working at Rodeo Farm as a Harvest Corps crew leader. From 2014 – 18, Calendo worked as the PCC Austin Farm coordinator, where she helped to build out and run a farm in collaboration with PCC Community Wellness. PCC Austin Farm's goal is to increase access to affordable and naturally grown produce in Austin through a weekly farm stand, health education, and an allotment garden. Calendo has a master’s degree in social work and is excited about mixing her background in social work and public health with sustainable urban agriculture.

Connie Chambers brings a unique perspective and background to the talented Windy City Harvest team. An Executive in Hospitality for over 25 years serving cultural destinations, higher education, and convention centers. Connie has a proven passion for food, local sourcing, service, sustainability, and community. She led her team to receive the Illinois Governors Award for sustainability.

Dantrell Dehart grew up in the North Lawndale community and has worked in urban agriculture for more than five years, including work with Gotham Greens, Herban Produce, and Urban Growers Collective. He is a 2016 graduate of the Windy City Harvest Apprenticeship program and currently is the grower for the PCC Austin and Kenneth Farms. He is passing along his growing talents to his daughter, who comes with him to farm at least once a week. 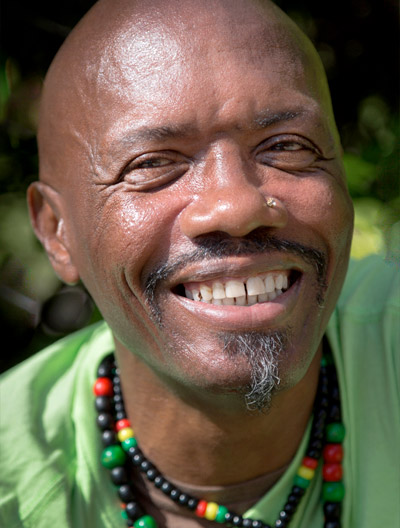 Reynaldo Engram is a lifelong Lawndale resident who is passionate about raising self-awareness. He enjoys meeting new people and mentoring in the neighborhood. He is a Windy City Harvest 2016 Corps and 2017 Apprenticeship graduate, and certified in sustainable agriculture. He loves to help others, grow food, and represent Windy City Harvest. Engram is certified in Good Agricultural Practices (Illinois Extension), ServSafe handling, and CPR. He was previously the Hilton Grower, managing a rooftop farm for farm-to-table niche vegetable and edible flower production. He currently oversees the day-to-day operations for the Farm on Ogden retail space, greenhouse, living wall, aquaponics production, and building maintenance, ensuring that everything is running smoothly. 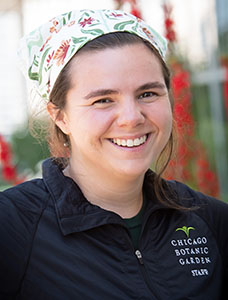 Riley Finnegan has always loved plants and has a great passion for houseplants. She grew up in the Mt. Greenwood neighborhood of Chicago and attended the Chicago High School for Agricultural Sciences. After graduation, she enrolled in the Chicago Botanic Garden’s Windy City Harvest Apprenticeship program, where she honed her growing skills. For the past two seasons, she has been the lead grower for the rooftop farm on McCormick Place, where she grows hundreds of pounds of vegetables and keeps honey bees while overlooking the Chicago skyline.

Kate Gannon joined Windy City Harvest in September 2012 as a candidate for a master’s degree in social work from Loyola University, Chicago. Kate is a licensed social worker and certified Roots of Success instructor. During her time at Windy City Harvest, she has worked across many of our educational programs. In her current role as Youth Farm manager, Kate supports our staff and student-farmers in Waukegan, North Lawndale, Washington Park, and downtown Chicago.

Ketaurah James started her journey with Windy City Harvest in the Youth Farm program in 2009. During her time at the North Lawndale Youth Farm she learned the value of urban agriculture, and how food access directly affects her and her neighborhood. Early on, she knew that this was something she was very passionate about and wanted to promote a healthier lifestyle for everyone. Ketaurah now works as the VeggieRx Coordinator, helping to distribute fresh vegetables to communities like her own, which have experienced disinvestment in food access. Ketaurah takes pride in being a part of a small stepping-stone for participants changing their eating habits. She hopes to continue to help people reach their goals for themselves and their community.

Violet Jordan joined Windy City Harvest in early 2021 when they became an apprentice. They stayed on the team assisting Veggie Rx with deliveries until landing at her current role as the Sales Coordinator. She has previously worked in all corners of food distribution between cooking lunches for schools, delivering produce, and supervising produce subscription box production with Imperfect Foods. They are passionate about maintaining and building systems for equitable food distribution.

Paul Krysik is a Chicago native. While working on a bachelor's degree in law and environmental studies at Oberlin College, he became involved in local food policy and practice. He began organic farming in Ohio and then moved on to a two-year fellowship at the Allegheny Mountain Institute. In early 2015, Paul joined the Windy City Harvest team as a Harvest Corps crew leader for two years. Then he coordinated and managed the Legends South Beginning Farmer Incubator Farm and Program. Now in his tenth season of agricultural study and practice, he instructs the Apprenticeship Program, a nine-month college accredited course for aspiring beginning farmers and local food advocates. Paul is certified as a Roots of Success instructor, G.A.P. Handler, FSMA-compliant, ServSafe Food Handler, in O.S.H.A Fall Protection, and in Windy City Harvest’s aquaponics. Paul also is on the executive board for the Chicago-based organization Advocates for Urban Agriculture. 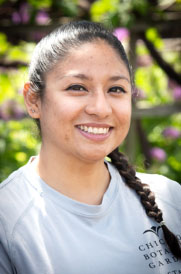 Rosario Maldonado manages the small farm business incubator program for Windy City Harvest, working closely with farm business owners to mentor them in efficient farm production practices, access to market channels and building partnerships for business opportunities through Windy City Harvest and beyond. Maldonado holds a certificate in Sustainable Agriculture from the Chicago Botanic Garden, Sustainable Urban Agriculture from City Colleges of Chicago, certificate in Good Agricultural Practices from Illinois Extension, and certificate in Local Foods and Entrepreneurship from Windy City Harvest. She is a Produce Safety Alliance Certified Grower, ServSafe Manager and Windy City Harvest incubator farm program graduate. She feels the most passionate about produce distribution through our VeggieRx program and the Food as Medicine movement. Maldonado shares her urban agriculture expertise gained from growing for eight seasons in Chicago with the current seven incubator businesses, apprenticeship alumni, harvest crew members and local residents. Find her in the field running a ¼ acre demonstration production farm at Legends South & ¼ acre of production at Washington Park Youth Farm.

Andy McGhee had retired before joining Windy City Harvest as a volunteer in late 2011. With a lifelong interest in biology and natural systems, and an interest in alternative uses of resources within the modern urban environment, he now focuses on alternative and experimental growing technologies that may be adapted to future urban agriculture enterprises. He designs and builds aquaponics systems for the Windy City Harvest program, and manages the daily operation of the program’s aquaponics system. McGhee teaches one-day seminars in the theory, design, and practical management of aquaponics systems as well as instructing the Windy City Harvest industry-specific certificate course in Aquaponic Production, with sessions offered in spring and fall. 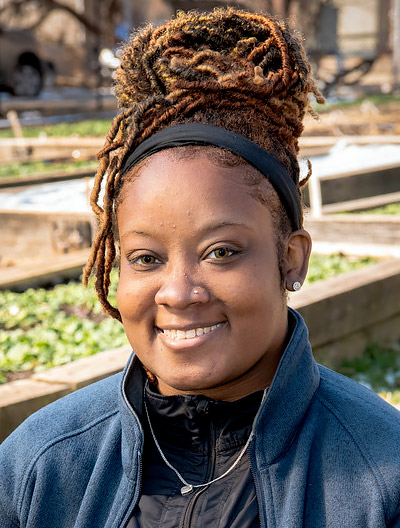 LaQuieasha Reed joined the Windy City Harvest team in 2020. She first went through the 13-week Corps program and right after joined the Apprenticeship program in 2021. During her time at WCH, she has helped around different programs including VeggieRx. LaQuieasha is a ServSafe food handler, and holds a mental health first aid certificate. In the fall of 2021, she joined the sales team as the sales coordinator and eventually became the market coordinator. She is very dedicated in providing an abundance of fresh and local foods to the Farm on Ogden. LaQuieasha was raised in the North Lawndale community and enjoys interacting with community members. Customers can come in and listen to one of her awesome playlists and enjoy a unique shopping experience!

Alex Rodriguez manages harvest and sales distribution logistics for all Windy City Harvest farm sites and incubator farmers, including seedlings and annual plant sale, wholesale market channels, farm stands, direct to consumer sales and value added products. Alex joined the Chicago Botanic Garden in the spring of 2021, working as the program assistant for VeggieRx. After working alongside the different farmsites and produce distributions, she became interested and transition into the sales team as the retail coordinator. In the fall of 2021, she became the Sales Manager and has worked closely with the sales team to bring more access to healthy produce for the community. Alex has a bachelor’s of Public Health from UIC, and has always been motivated working in community health. She loves being able to tie in her customer service skills and use them to bring a one of a kind experience to all visitors at Farm on Ogden!

Dominique Stevens is the Sr. Mgr. Health and Wellness for Windy City Harvest. She has been with the Chicago Botanic Garden since 2021. Prior to Windy City Harvest, Dominique worked as an Executive Assistant. Dominique is a US Navy veteran. She graduated with distinction from DePaul University with a Bachelor of Science in Health Sciences with a concentration in Public Health and Health Care Policy and Practice. Dominique lives on the west side of Chicago with her husband, 2 sons, and 2 cats.