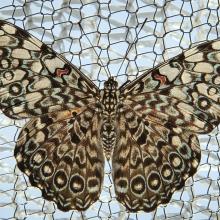 We humans have used technology to become masters of communication. But we are far from the only species with an impressive array of “superhuman” abilities. Butterflies have unique features they use for socializing, mating, warding off predators, and more! Scarlet Mormon (Papilio rumanzovia)
Photo by Bill Bishoff 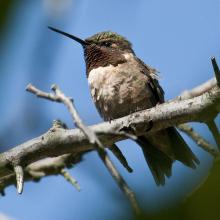 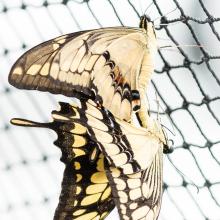 On a typical day in the Butterflies & Blooms exhibition, you will see our butterflies flying, sunning themselves, or resting in the foliage. If you happen to come to the exhibition just after a rain shower, and the sun is shining, it’s your lucky day, because love is literally in the air. 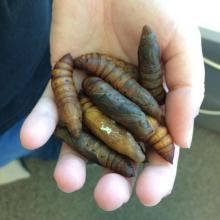 To most people, the word “pollinator” is synonymous with the word “bee,” but only a fraction of plants are pollinated by bees. 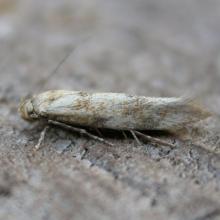 Most butterflies and moths featured in popular magazines and other media are large, well-known species, such as monarchs and luna moths. Within scientific communities as well, species descriptions are biased toward larger moths, overlooking the multitude of tiny ones. Despite this tendency to favor larger species, the average moth is actually quite small, though far from nondescript! 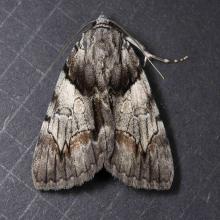 With more than 1,850 known species of moths in the state of Illinois—more than ten times the diversity of butterflies—it is a real adventure sampling the moth species inhabiting the McDonald Woods at the Chicago Botanic Garden. Using a combination of light and bait traps along with visual searches, I have been investigating the diversity of moth species found in the restored portions of our oak woodland. Moths are removed from the traps and then photographed before being released back to the woodland. 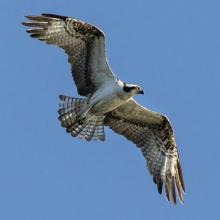 Several decades ago, an osprey would be a rare—if not impossible—sight in Cook County in the summer. But now, thanks to the ban on certain pesticides (including DDT), and the creation of osprey nesting platforms, the fish-eating bird is breeding again in local forest preserves. 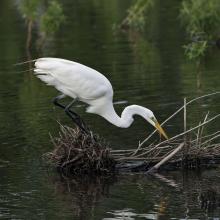 The elegant flight and bright white plumage of the great egret (Ardea alba) belie its harsh croak when it takes off from a marsh. It was this bird’s beauty that nearly led to its demise at the turn of the twentieth century, when these and other waders were hunted for their feathery plumes that women wore in their hats. Since then, the great egret, standing more than 3 feet tall with a nearly 5-foot wing span, has become the symbol for the National Audubon Society, founded in part to stop these birds from being killed to extinction. 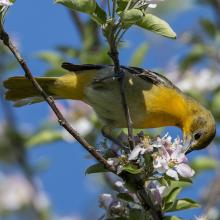 In early May, when the leaves of maples are unfolding into a soft green, the Baltimore oriole (Icterus galbula) returns, giving his liquid “tea-dear-dear” song in suburban yards and forest preserve edges. Homeowners who put oranges and grape jelly in feeders are often rewarded with a look at the male with his black head and back contrasting with his brilliant orange breast as he eats a spring meal.

While working out in the woods this winter, a small lump on the branch of a young elm tree caught my attention. At first I thought it might be a gall, or an injury that had healed-over. On closer inspection, the lump turned out to be a ruby-throated hummingbird nest from last summer.