A Titan Leaf or a Titan Bloom? 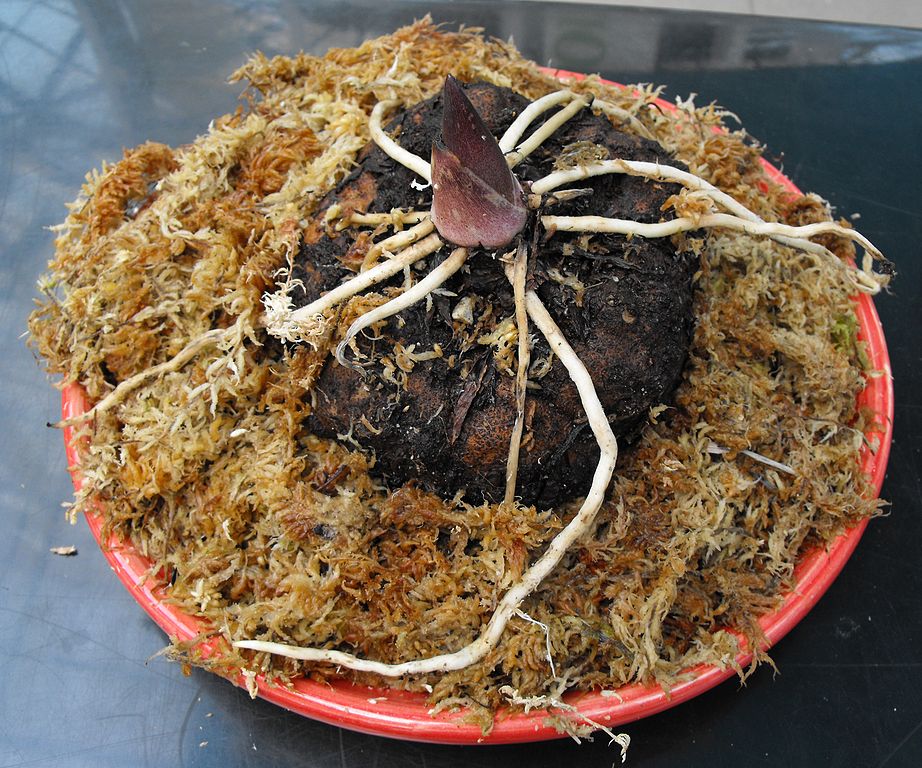 The corm of an Amorphophallus titanum: after a dozen or so years, it’s large enough to produce a bloom!

Spike just keeps on growing at the Semitropical Greenhouse, and visitors are loving it. As they learn more about the coming bloom from the docents posted there, one of the most frequently ask questions is, “How could you tell this time that Spike was a flower?”

How could we tell that Spike was going to be a flower? It’s tricky. Even the most experienced botanists have a hard time determining whether a titan arum shoot is a flower or a leaf at first. But soon enough, the clues start to add up.

An Amorphophallus titanum shoot to the right of a leaf stalk provides comparison for determining the slight bulge, which could mean a flower bud. 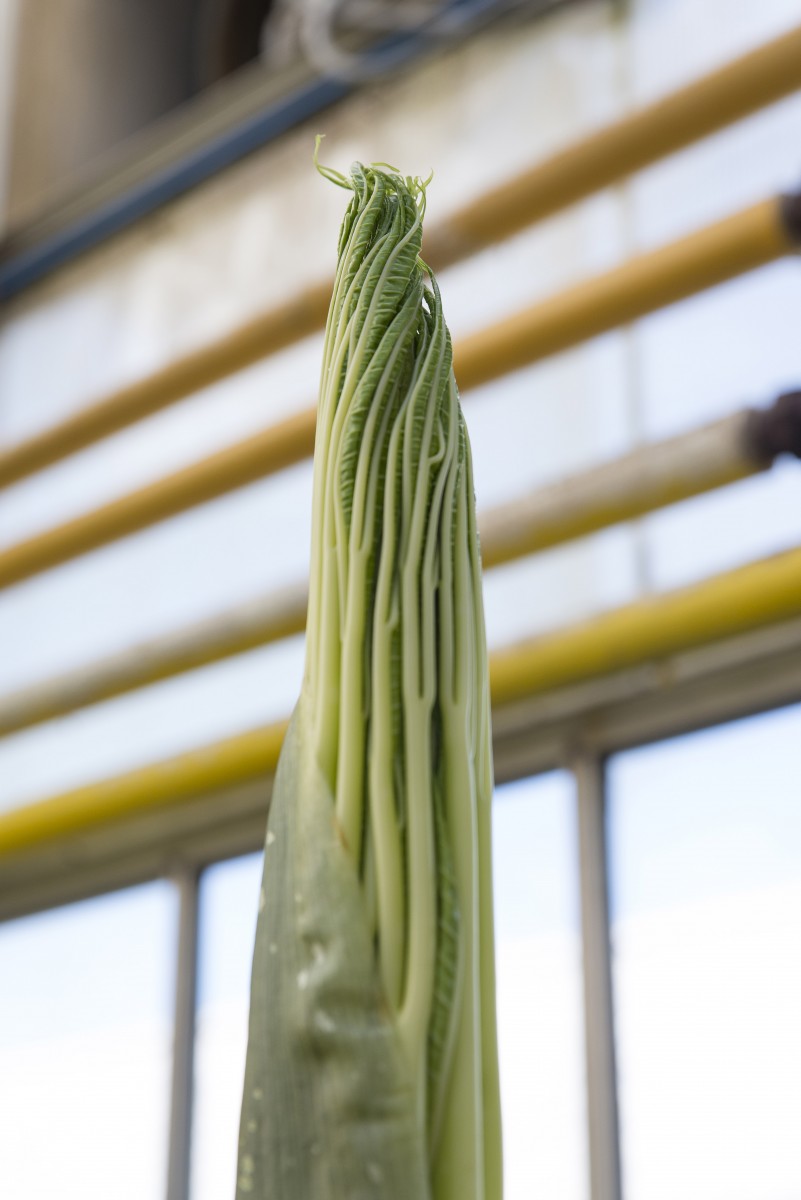 The emerging Amorphophallus titanum plant looks leafy, unlike the smooth spadix that emerges from a flower bud.

Our final “sign” was to ask the experienced titan growers from other institutions. We called upon the folks at the Huntington Library, Art Collections, and Botanical Gardens in San Marino, California; Smithsonian Gardens in Washington, D.C.; Phipps Conservatory and Botanical Gardens in Pittsburgh, Pennsylvania; and Missouri Botanical Garden in St. Louis, Missouri, for their opinions and expertise. Their final confirmations gave us the thumbs up to go public with the big news that Spike would soon blast into bloom!

Like first-time parents, we are learning as we go. I can’t tell you how excited we all are in the production greenhouses—it’s a thrill to watch a plant that you’ve tended for so long finally get ready to flower! Visitors’ anticipation is rubbing off on us, too—we’ll be standing right next to you as the titan arum heads into its big night of bloom! 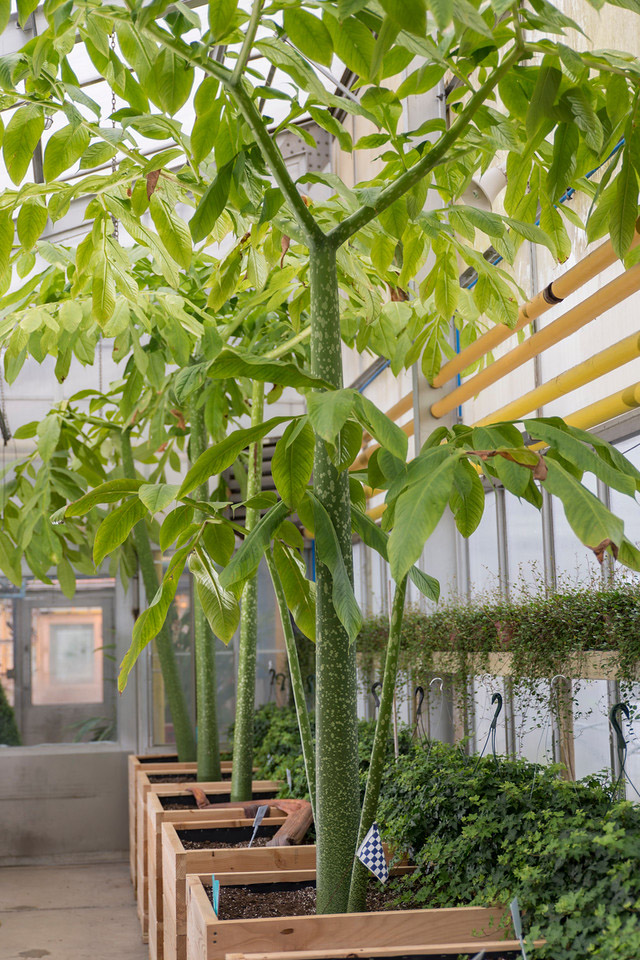 While these may look like branches and leaves, each of these Amorphophallus titanum are actually single-leaf plants.