Play a game to learn about water conservation

A few years ago, my Daisy and Brownie Girl Scout troop was working on their Household Elf badge. We needed a fun way to teach about conserving water at home—not a lecture—because let’s face it, after a full day of school, 6- to 9-year-old girls would will not sit still and listen to another lesson. I decided to make a board game for them. The main message of this game was a really important one: in Chicago, all of our water for drinking, cleaning, and recreation comes from Lake Michigan. If we waste water, then we waste the lake. It is that simple.

The Water Conservation Game is set up and ready to play.

The girls responded very well to the activity. I am sharing it on the Garden’s blog for others to use, because at the Chicago Botanic Garden, we would also like people to understand the importance of conserving water from our lakes and other sources. Obviously this game was created for Chicago residents, but the same principles apply everywhere, in every community. The game could be adapted for another location by replacing the image of the Lake Michigan with an image to represent the local water source. (For most cities, that is groundwater.)

I discovered, to my surprise, that many of my Brownie Scouts were not familiar with board games. Most millennials have lots of experience pushing virtual buttons on a screen and competing against friends in cyberspace, but tossing a die and moving a token around a board with actual friends? Not so much. Anyone replicating this activity may find they need to explain how a game like this works. Also, it was also important to require that the players actually read the board squares in order to understand why they are taking two or three or ten beads as they move around the board. Having a discussion at the end of the game proved essential to getting the message across.

After playing the game with my Scouts, I shared it with a group of middle school girls who were studying conservation in an after-school program. Believe it or not, it worked well with the older students, too. In fact, they loved it—mostly because they got to make a bracelet. But hey, whatever works, right?!

To use this activity with your group, make one complete game set for every three to five students.

What is this game telling us?

Ask the players to think about water use. The questions below can stimulate discussion. This can be brief, but it is important to reinforce the message that all of our water comes from Lake Michigan and we need to be responsible with water use. 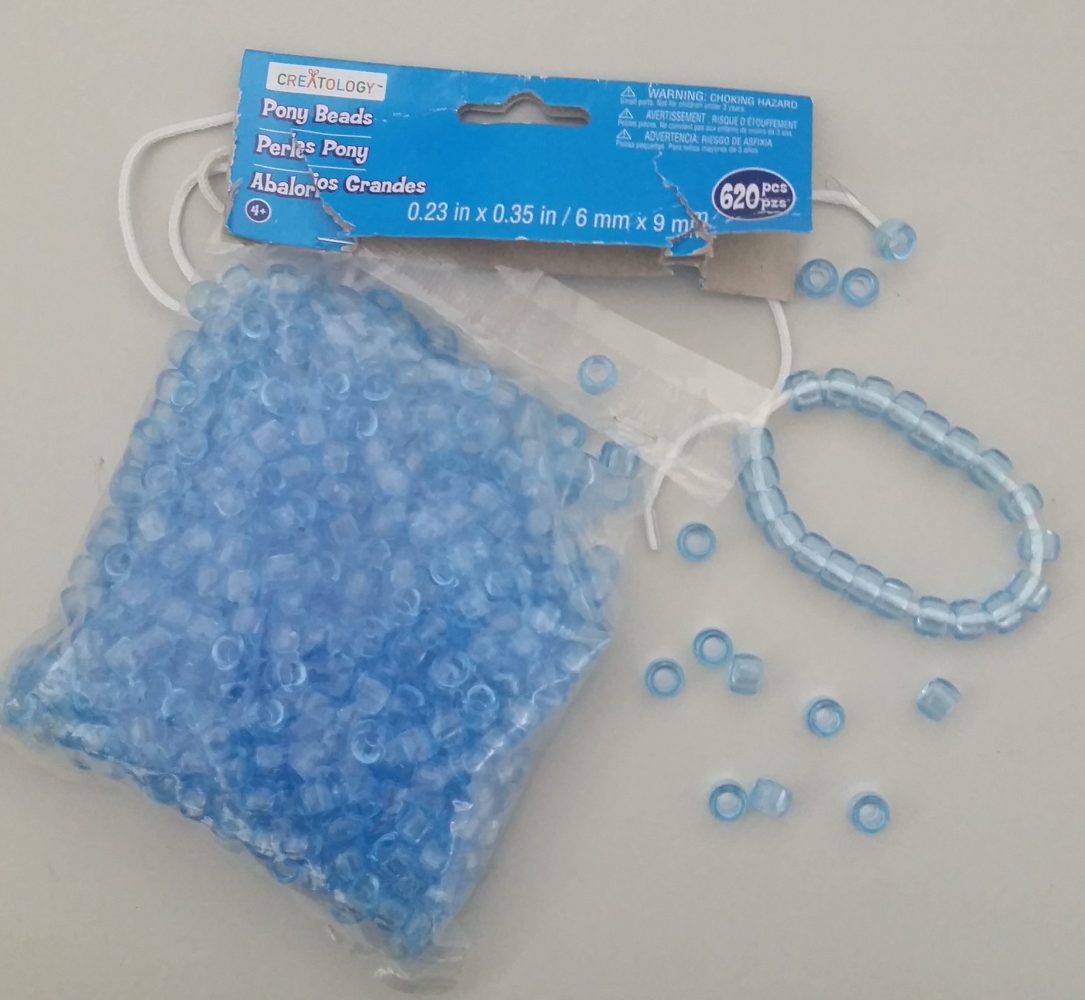 For a fun wrap up, each player can make a bracelet using the beads and elastic string. Wear the bracelet to remember to try and use less water at home. The bracelet makes a nice reward for learning outside the classroom.

When teaching young children about water conservation, avoid the temptation to bring up stories of environmental problems that are beyond their ability to solve right now in their lives, like unpleasant images of industrial pollution, drought, and famine. Child development experts will tell you that when we burden children with messages about how they need to help save the planet, we actually do more harm than good by making them feel overwhelmed, hopeless, and less inclined to adapt sustainable habits. Focus on things they can do, like turning off the water when they brush their teeth. It is enough that they learn not to use more water than they need at home so that they can share it with all of the creatures they love. This is a message we can respond to positively at any age. 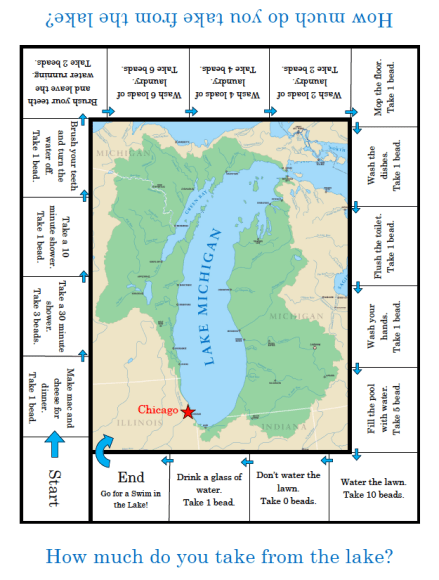