On Tuesday, April 24, #CBGSprout raised a big stink at the Chicago Botanic Garden! Our day included these snapshots of the early morning visitors to the rare phenomenon of a corpse flower in full bloom.

We chatted with the early birds and met some “regulars”—visitors who had come by to meet Spike, the Garden’s first titan arum on display last August, and Alice, the corpse flower that bloomed last September. 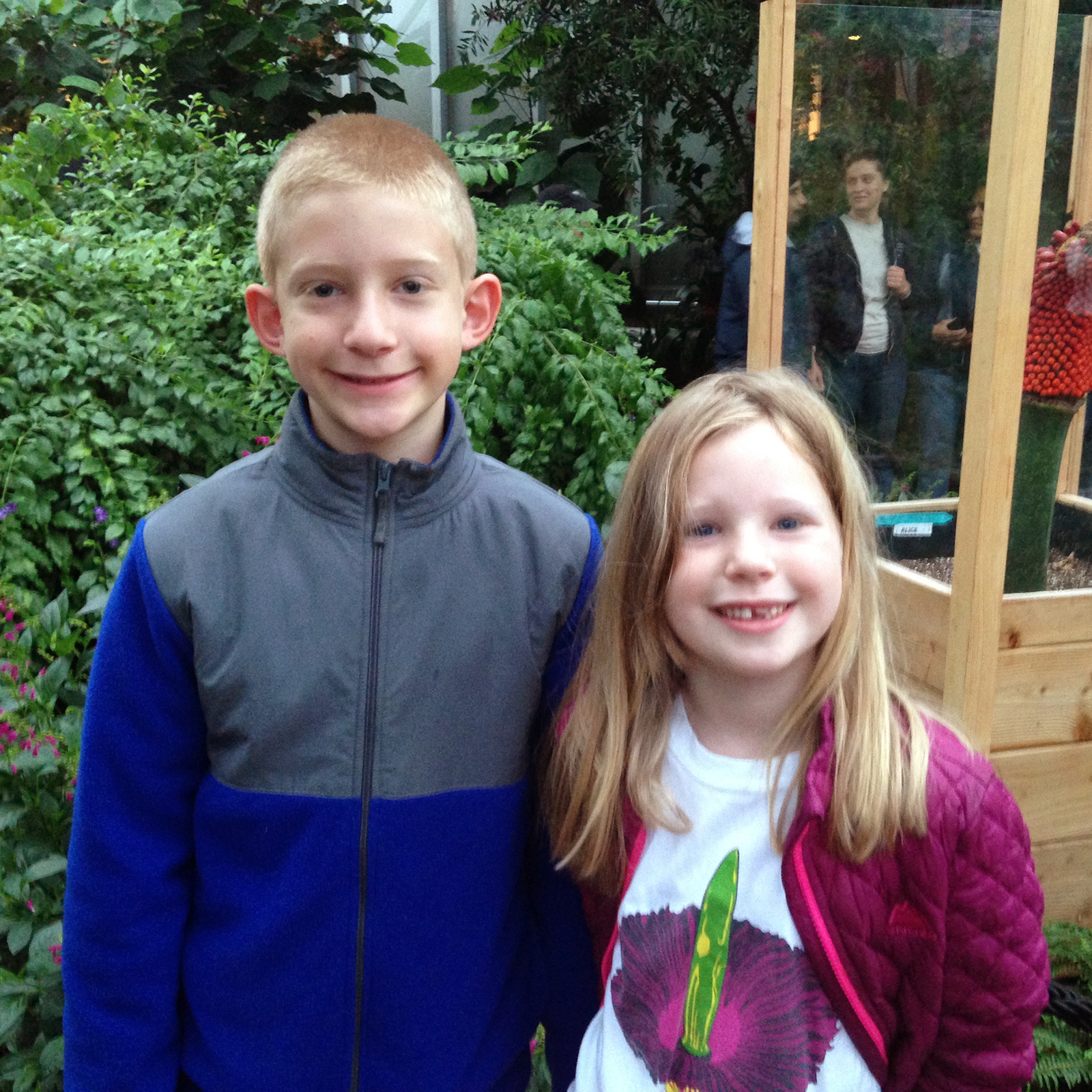 Maxwell and Lexi (in her Alice T-shirt) Kirchen visit Sprout early this morning before school. 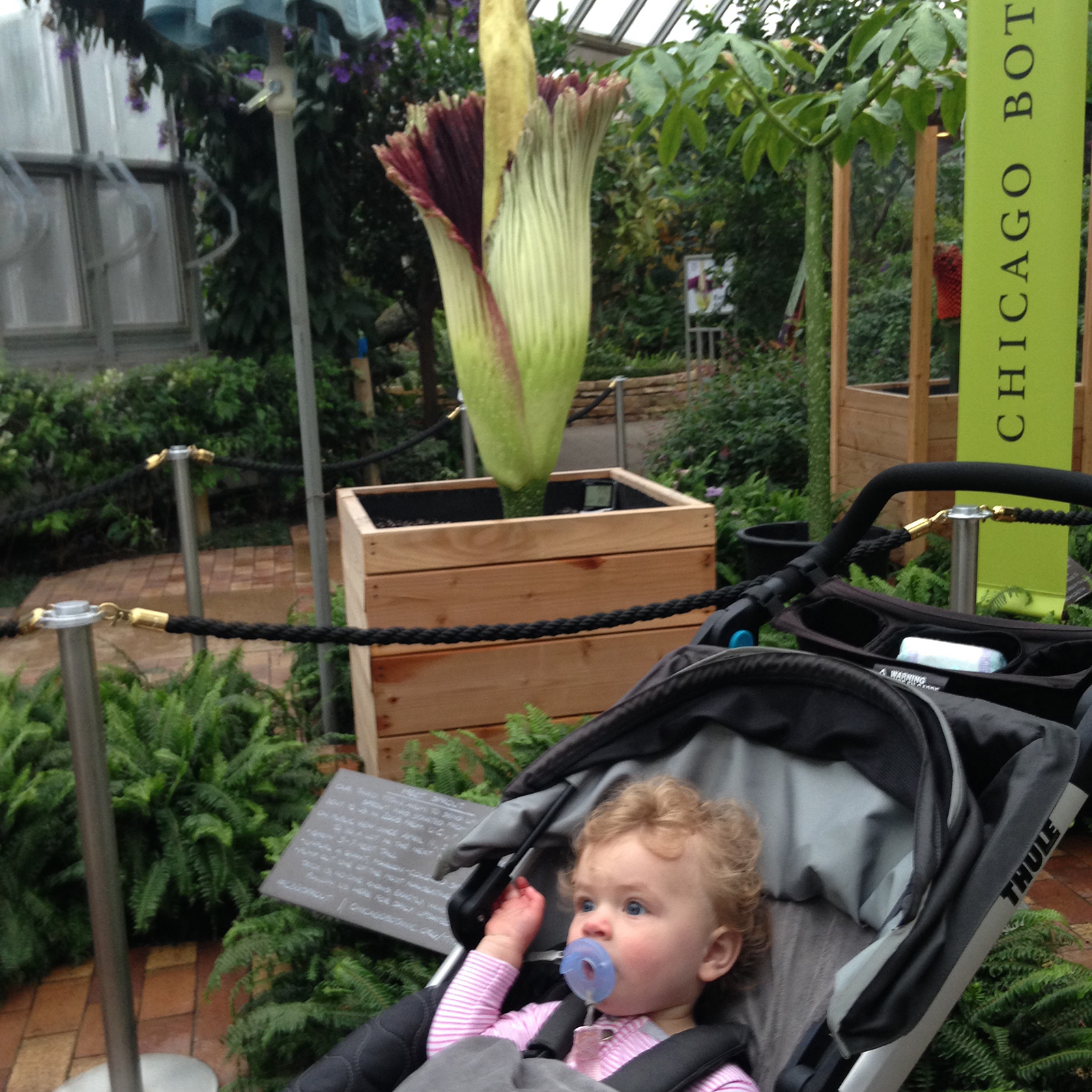 Carrie Kirchen of Deerfield visited this morning, along with Maxwell, age 9, and Lexi, age 6.

Maxwell: We found out on the Internet. The Internet knows everything.

Maxwell: It is a once-in-a-lifetime chance to see it. And it is very stinky.

Carrie: I happened to see the Facebook post. And we were here every day for Spike (a titan arum that previously was on display at the Garden).

Jamie Smith of Highland Park was here with Harper, 14 months old, as well as Susan and Jim Osiol of Mt. Prospect.

Jamie: We keep coming! Third time is the charm.

Jim: It is vibrant. It’s a piece of nature that’s fascinating.

Megan and Daniel Ladror of Chicago analyzed the smell:

Daniel: This smells like our garbage at home after two days.

Megan: It’s such a rare event. I’m excited to see one without waiting in line.

Emily: Beautiful. It is so interesting with the spathe (modified frilly leaf). It has great textures. 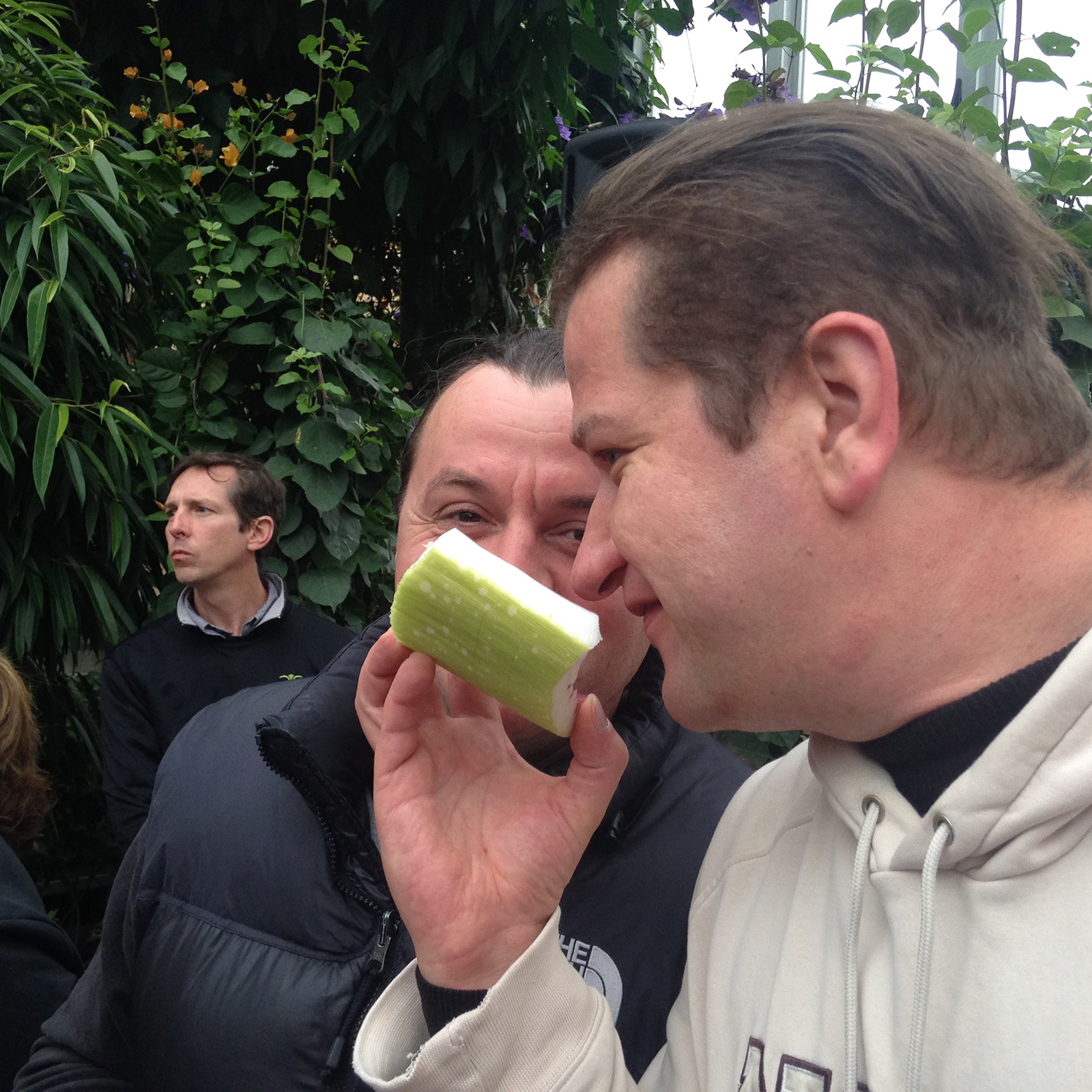 Roman Bouchal of the Czech Republic came for the smell this morning, and found it in the window removed from Sprout the corpse flower’s spathe for pollination.

Schoolteacher Jody Schatz will have something to share with her class at Reinberg Elementary School in Chicago.

Michelle and Haley Nordstrom, who live five minutes from the Garden:

Michelle (who was watching the livestream at the school bus stop with her daughter when she realized that Sprout was blooming; they jumped in the car): I took a photo of Sprout and sent it to my daughter’s school and said, “We’re going to be late.”

Roberta: I’ve been watching it in the camera and saw it open. I ran right down.

Joanna: I’m catching a cheesey whiff. A bit of Parmesan.