How Love and Science May Defend a Wild Orchid

Life on the prairie hasn’t been a breeze for the beautiful eastern prairie fringed orchid (Platanthera leucophaea).

Once common across the Midwest and Canada, the enchanting wildflower caught the attention of collectors and was overharvested throughout the 1900s. At the same time, large portions of its wet prairie, sedge meadow, and wetland habitat were converted to agriculture. By 1989, just 20 percent of the original population of Platanthera leucophaea remained, and the orchid was added to the federally threatened species list.

The struggles of the captivating orchid did not go unnoticed. Its lacey white flowers and unique biological attributes sparked a passion in scientists and volunteers across the Midwest who began gathering leaf samples for genetic analysis and recording measurements on the health of certain populations. Some volunteers dedicated decades to this work, and many continue to monitor their assigned location today.

As long ago as the mid 1800s, an earlier generation of the wildflower’s enthusiasts had preserved samples of actual plants, pressing them onto archival paper with their field notes and placing them in long-term storage facilities called herbaria, for future reference. As it turns out, some of the plant materials they saved are from populations that no longer exist.

Now, all of that data is coming together for the first time in a research study by graduate student Claire Ellwanger.

The master’s degree candidate—in the plant biology and conservation graduate program run by the Chicago Botanic Garden and Northwestern University—is using modern analysis tools to uncover the genetic history of the species. What she finds will give scientists a better picture of the present-day status of genetic diversity of the species, and insight into the best ways to manage it for the future. 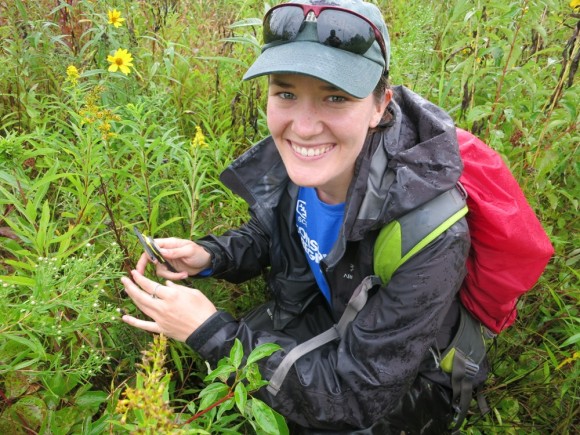 This orchid is a pretty interesting species because there has been this massive volunteer effort for over 20 years to restore it in Illinois,” noted Ellwanger, who said that Illinois currently houses more populations, or locations, of the species than any other state.

She is focused on collecting and analyzing genetic information on the remaining plants, working with field collectors in the Midwest from Iowa to Ohio, and also from Maine. She is examining the genes, or DNA, of each of the sampled populations, along with genetic information she collected at eight sites right here in Illinois.

Ellwanger is also extracting DNA from the older herbarium samples to better understand how much genetic diversity was a part of the species in the past. “The herbarium samples will allow us to get a sense of historic genetic variation to compare to levels today,” she explained.

Along with her thesis advisor, Garden molecular ecologist Jeremie Fant, Ph.D., she is especially interested in finding ways to maintain genetic diversity. “We know that if you are able to preserve the most genetic diversity in a species, it is more likely to persist for longer,” she explained. 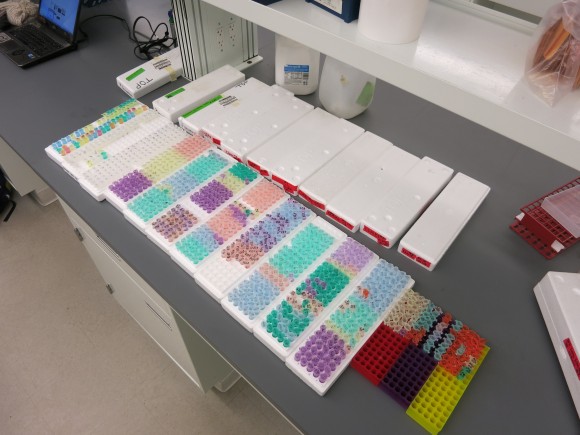 Extracted DNA is ready for analysis in the laboratory.

In the lab today with her research assistant, Laura Steger, she uses a genetic fingerprinting technique on all groups in her study subjects. By watching the same sequence of genes over time and locations, she can see clear patterns and any changes. The bonus to it all is that “understanding more about these plants and their genetic variation will be pretty applicable to other species that have undergone the same processes,” she noted.

As scientists and volunteers worked in the field over the last several decades, they did more than collect genetic information. They also took steps to boost new seed production by hand pollinating plants or conducting a form of seed dispersal. Through her study, Ellwanger is also tracking the success of each technique. “I’ll be able to complete a genetic comparison over time to see if these recovery goals are achieving what they set out to do,” she said, by comparing the genetic composition of a given population from the recent past to today. 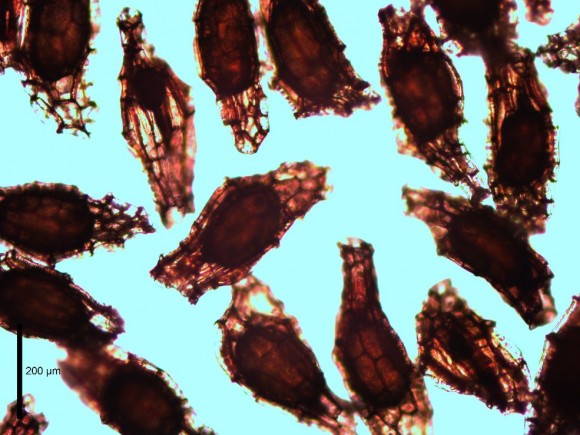 At sites Ellwanger visited personally, she collected seeds as well, and brought them back to the lab for examination. There, looking under a compound light microscope, she checked to see what percentage of seed embryos from the sites were plump and therefore viable. Her findings offer an additional perspective on what her genetic analysis will show. After examination, the seeds were returned to their field location.

In early analysis results, “it looks like reproductive fitness does differ between sites so it will be really interesting to see if those sites that have lower reproductive fitness also have higher levels of inbreeding,” noted Ellwanger. Inbreeding, the mating of closely related individuals, can result in reduced biological fitness in the population of plants. In such cases, it could be helpful to bring in pollen or seed from other populations to minimize mating with close relatives and strengthen populations for future generations. 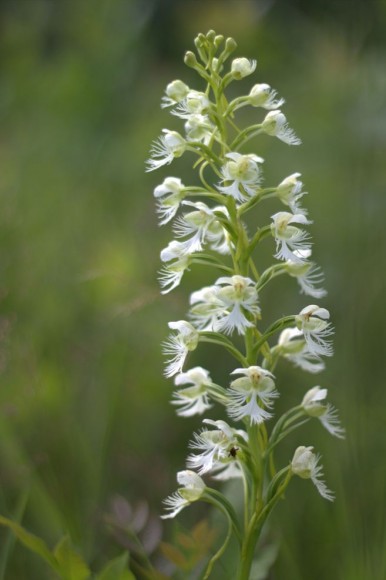 The eastern prairie fringed orchid will soon be better understood than ever before. The findings of the study may also provide insight into other problems that may be happening in the prairies where they live. “Orchids will be some of the first organisms to disappear once a habitat starts to be degraded. If we can better understand what’s going on with this plant it, could help out similar species,” said Ellwanger.

The researcher is looking forward to the impact this work could have on the future of the plant and the habitat that sustains it. “What motivates me about research is definitely the conservation implications,” said Ellwanger, who developed her love of conservation while growing up on the East Coast and learning about the complex systems that play a role in the health of the environment. 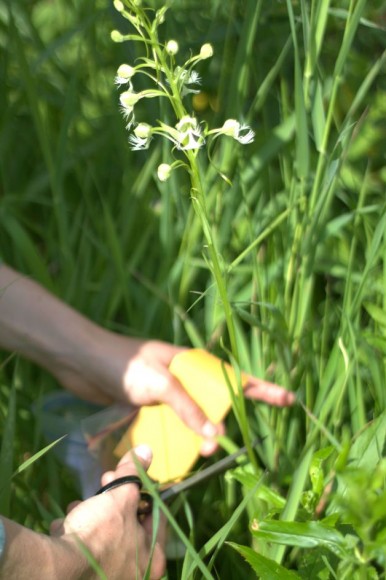 Claire Ellwanger takes a leaf sample in the field.