In late October 2012 when I was driving down a country road in rural northwest Illinois, I spotted some bright sky-blue asters blooming near the corner of a woodlot. I was traveling between nature preserves in this area of the state collecting seeds for the Dixon National Tallgrass Prairie Seed Bank, so my mind was already tuned in for interesting native flora that might produce a collection for the seed bank. It was impossible to make a positive I.D. traveling at 60 m.p.h., but the color of that patch of blue was intriguing enough to warrant turning around to go back for a closer look.

As I had hoped, the attractive blue flowers belonged to a fine native species called Short’s aster (Symphiotrichum shortii), which inhabits high quality woodlands. This being the case, I thought it prudent to take a peek into the adjoining woodland to see what else might be growing there. To my surprise, within 30 feet of my entry point I stumbled across a large patch of goldenseal (Hydrastis canadensis)—a once common but now rare plant of Illinois woodlands. Its rarity is attributed to its past popularity as a medicinal plant, which led to its overharvest. Along with goldenseal, other quality woodland plants such as bellwort (Uvularia grandiflora) and baneberry (Actaea sp.) were also present. 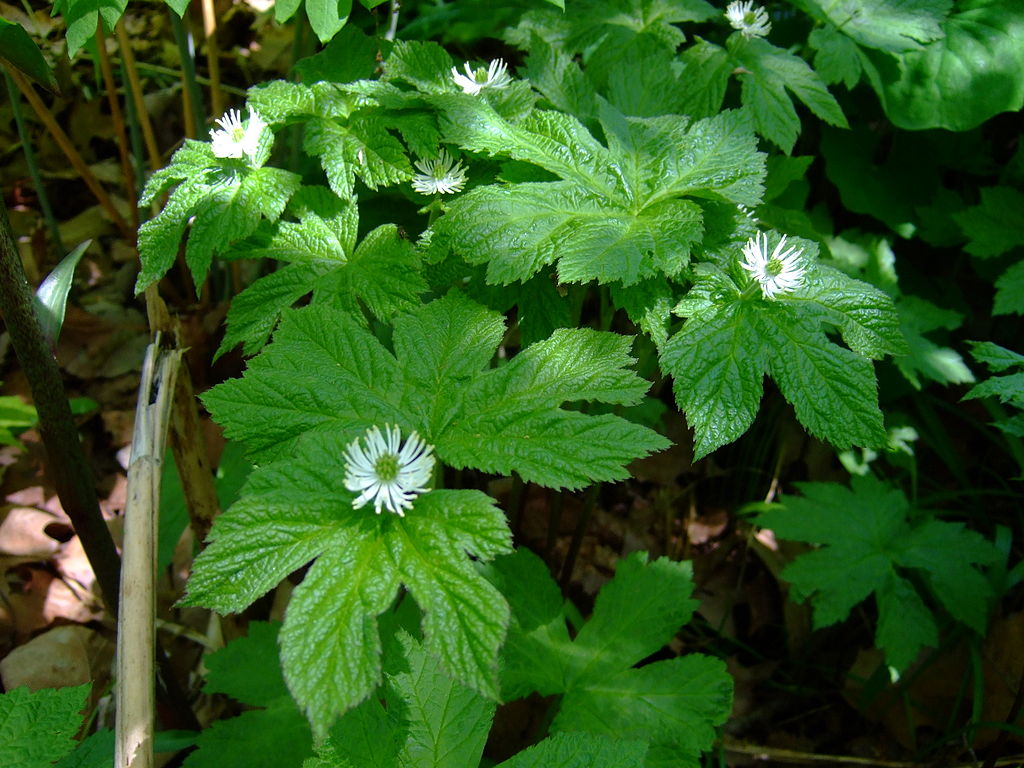 This native woodland perennial produces two large, broad, palmately divided leaves atop a 1-foot-tall hairy stem. A small cluster of greenish-white flowers are produced at the base of one of the leaves in spring when the leaves are expanding, and they mature into a cluster of bright red fruits by midsummer. The knotty, bright yellow root of goldenseal has been harvested by humans for centuries for a variety of medicinal uses. Its popularity has led to extreme harvesting pressure culminating in drastically reduced natural populations.

I did not have time to explore the woodland further that day, so I made a note of where it was located and planned on returning to the site soon to explore it further. However, I had one question that I needed to answer before this was to happen: Who owned that woodland? I was confident that it wasn’t a nature preserve, because I had lists and maps of all of the protected preserves in the area. My guess was that it was privately owned. When I left the site, I recalled that there was a home situated just off the road near the middle of the woodland, so I thought that would be a good starting point. 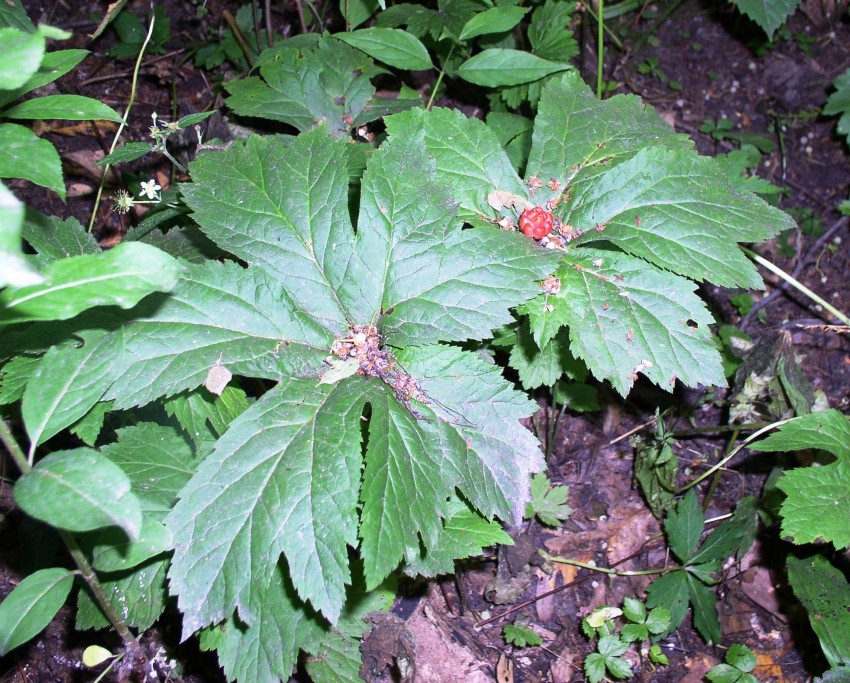 As luck would have it, the owners of the home also owned the entire woodland. I spoke to the owner about the goldenseal I found in the corner of his property and the possibility of making a collection for the seed bank. It turns out that he already knew about the goldenseal population from a conversation that he had had with a local forester years ago. The forester thought that there was a good chance it had been planted there to be harvested for its medicinal value at a later date. This was a likely scenario, considering the size of the population. The owners agreed to allow me to collect its seeds as well as seeds from any other species that I sought for the seed bank. The only problem was that for the seed bank we are primarily interested in preserving the seeds of natural populations, not introduced ones. Seeds from natural populations represent individuals that are ideally suited to that environment by natural selection across generations, and are therefore of more value to those seeking genetically adapted seeds from a particular area. 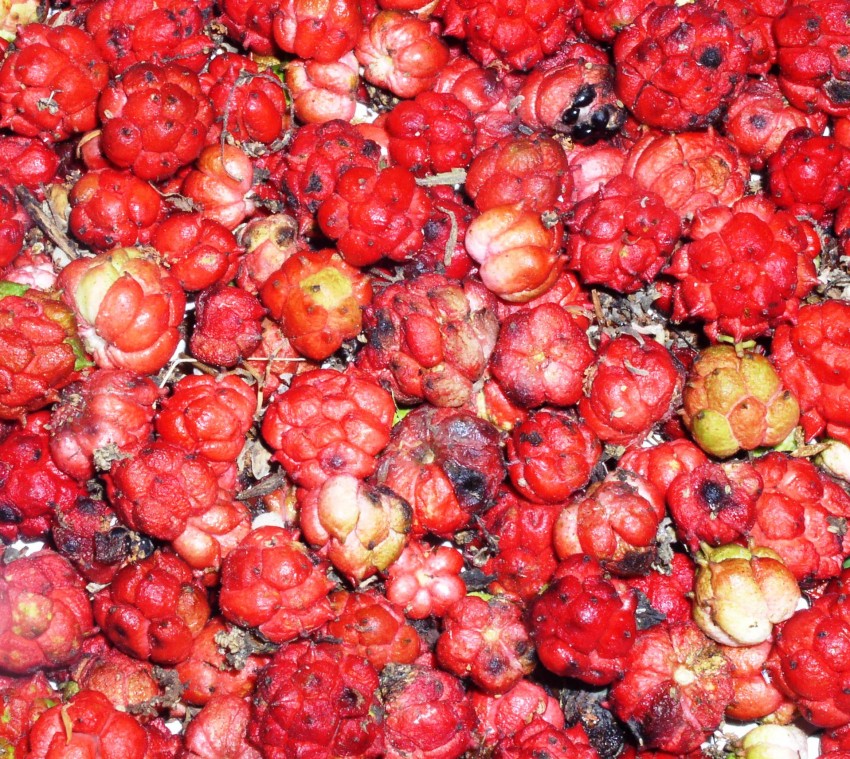 The raspberry-like fruit of goldenseal is considered inedible, but the roots have many medicinal properties.

So here lies the dilemma: large populations of goldenseal are rare, because of overharvesting. I rarely see this plant in woodlands, and when I do, it is always in small numbers. If this population was cultivated for the medicinal value of its roots, there is a good chance that it does not represent a natural population. I did not collect seeds of goldenseal that fall—the seeds had ripened and dropped much earlier in the summer. Any seed collection for the seed bank could not occur until the following year. This gave me plenty of time to contemplate whether or not to make the collection.

Since my first visit to the woodland, I have made several seed collections of many quality native woodland plants for the seed bank, including a collection of the Short’s aster that led me to the goldenseal discovery. During those collections I have become more familiar with the woods and have discovered additional colonies of goldenseal—some quite distant from the original population. Could these additional colonies represent multiple plantings? Maybe, but the sizes of the additional colonies are quite a bit smaller than the original. Perhaps they represent offspring from the original colony. If that is the case, this may be an indication that this particular woodland is an ideal habitat for goldenseal—even if it is not the original habitat. Or, there is a chance that this is a remnant population that for some reason survived overharvesting forays years ago. 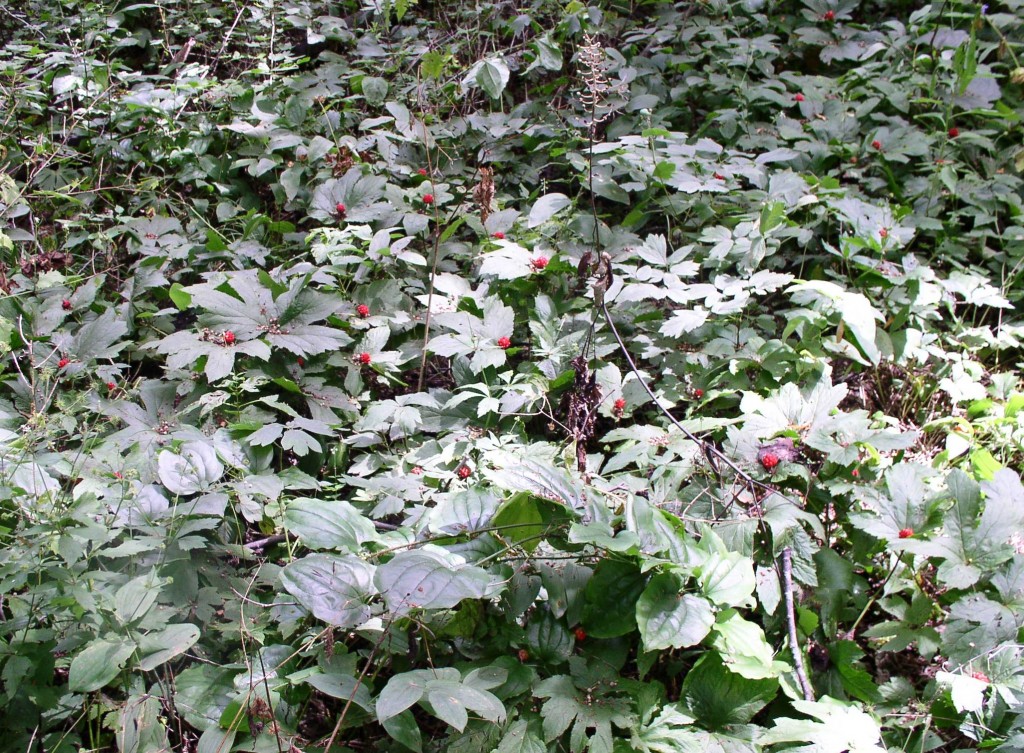 A population of goldenseal on the property; one of several colonies where seeds were harvested

I completed a collection of the goldenseal population (estimated at more than 500 plants) for the seed bank on July 24, 2013. A notation in our database notes will read: “Population may not be natural.”