On a Course for International Collaboration

As an active leader in international research collaborations, the Chicago Botanic Garden is participating in an initiative to set the stage for new partnerships.

Patrick Herendeen, Ph.D., senior director, systematics and evolutionary biology at the Garden, served as co-coordinator of “A Workshop to Explore Enhancing Collaboration Between U.S. and Chinese Researchers in Systematic Biology,” held in late February at the South China Botanical Garden in Guangzhou, China.

Funded by the U.S. National Science Foundation and Natural Science Foundation of China, the workshop brought systemicists from both countries together to explore research techniques and opportunities. (Systematics is the branch of biology that aims to understand the diversity of life and relationships among different groups of organisms, and spans subjects from plants and fungi to primates and viruses.) 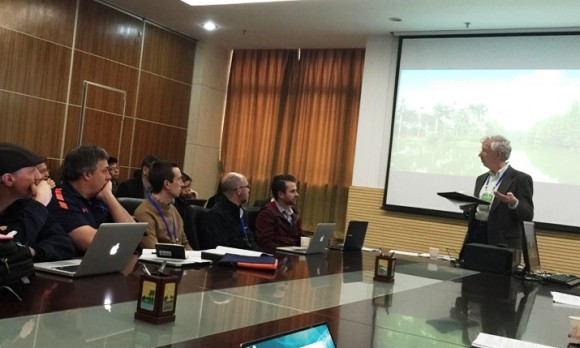 Patrick Herendeen leads a discussion among systemisists from various fields.

Collaboration is key to scientific research. Diverse questions require multifaceted solutions. Often these approaches are best identified and pursued by a team of individuals with unique specialties, who at times may just happen to be sitting on opposite coasts of an ocean.

More than 60 scientists—about half from the United States and half from China—participated in two days of lectures, panels, and small group discussions. Speakers included Garden postdoctoral researcher, Fabiany Herrera, Ph.D., who discussed data and collections. Dr. Hererra works with his academic adviser, Herendeen, on a research initiative with partners in Japan, China, and Mongolia, in which they are studying plant fossils from the Early Cretaceous period.

Also in attendance was Chen Ning, a Ph.D. student in the joint degree program at the Garden and Northwestern University. Under the guidance of his adviser, Mueller, Dr. Ning is studying fungal communities in native pine forests and exotic pine plantations in south-central China. 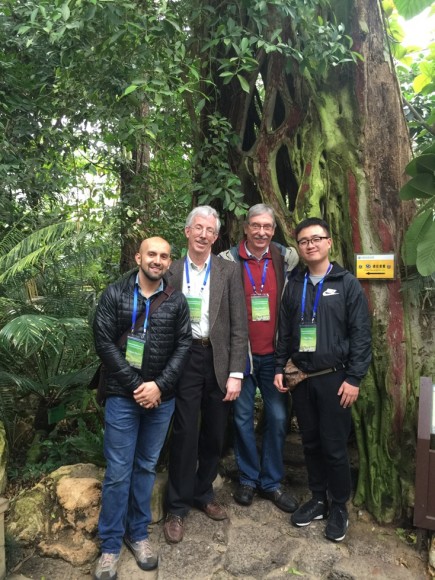 One of the greatest takeaways of the conference, according to Mueller and Herendeen, was the opportunity for attendees to learn about the many similarities between the education and research systems in both countries. “We had very good discussions and everyone was very open about talking about how research works and the kinds of motivations that people have in the United States and China,” said Herendeen. “I think one of the things that surprised people were the similarities of the two programs. The systems are similar enough that it is possible to figure out how to do those collaborations,” added Mueller.

The workshop “gave everyone a chance to meet a lot of new people and talk about possible collaborations, and there were a number of new or potential new collaborative pairings or groups that formed as a result,” said Herendeen, who looks forward to continued—and new—collaborations.