Candling in the Japanese Garden

Have you been to the Elizabeth Hubert Malott Japanese Garden lately? If you have, you probably saw some of the garden staff perching in the branches of the niwaki. We’re not building nests or hiding out; we’re candling. 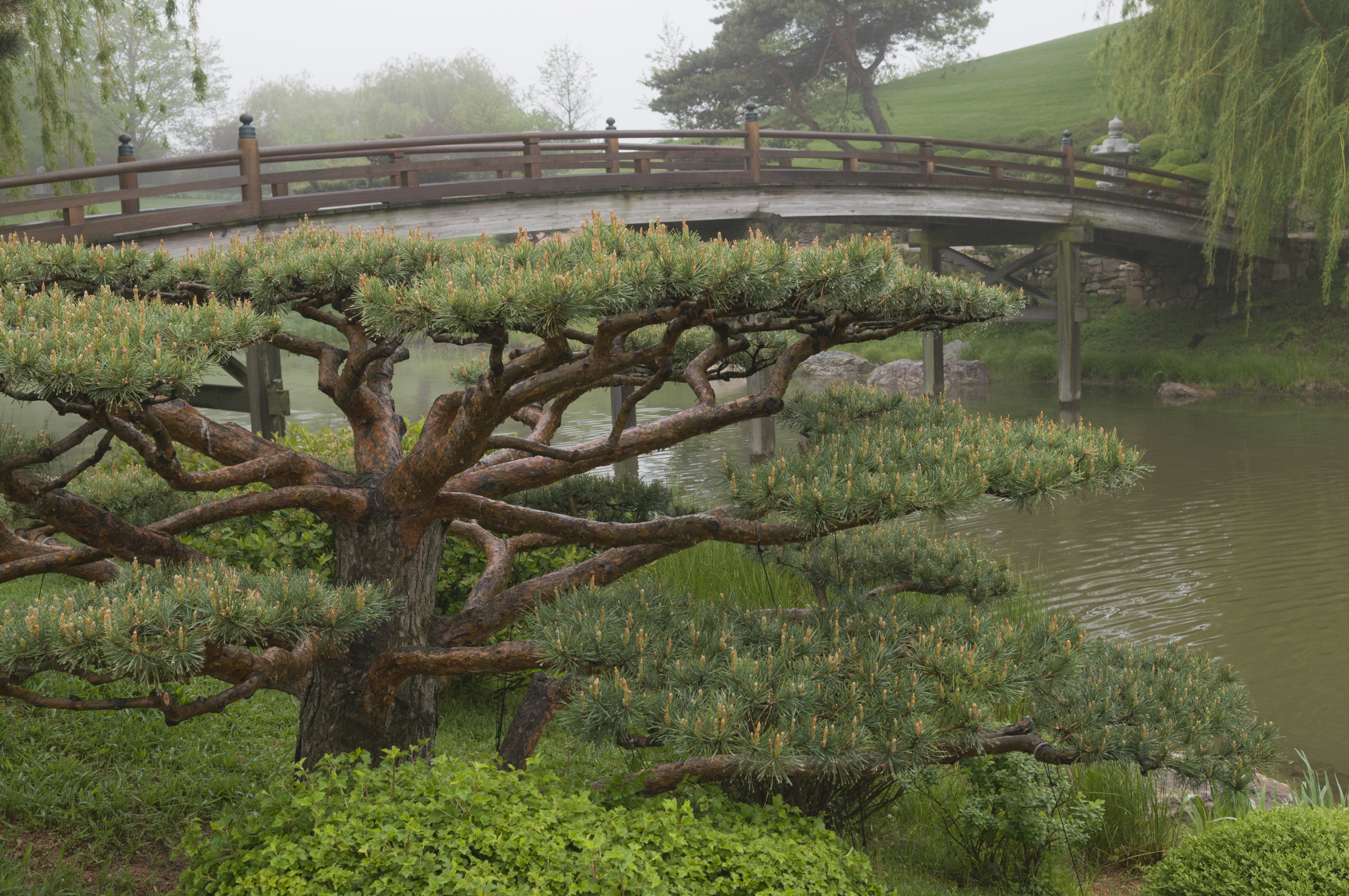 In early spring, a niwaki near the bridge stands in need of candling.

If you consider how bonsai and niwaki are styled, they give the impression of age. The trees may be windswept or upright, often with gnarled bark and wide trunks. We achieve these effects by holding branches vertically with string tied to the ground, with fall pruning, and with candling in both spring and summer.

In spring, we all know things start to grow again: seeds sprout, perennials push out growth from the roots, and trees break dormancy. In pine trees, these shoots of new growth are called “candles.” When we candle, we break off part of the new growth to stimulate growth from lower nodes. (In other plants, we often refer to this as “pinching.”) 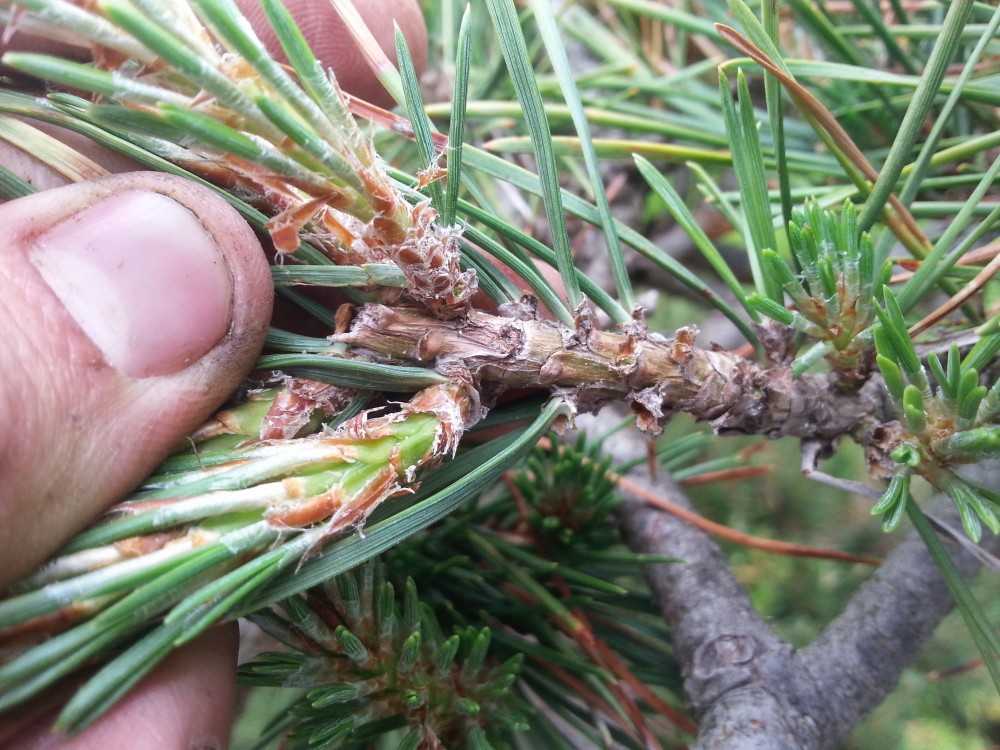 A closeup of this Pinus sylvestris shows where the candle was broken last year and where you expect the new growth to emerge.

The result of breaking these candles is that the new growth spreads more horizontally than vertically, and the density of the pads increase, which makes them appear more lush and healthy over time. We never purposely take off an entire candle, because it removes the most actively growing point and takes longer to recover.

The pine shoots that emerge in spring are called candles for a reason: they tend to be very tall, skinny cylinders like taper or dinner candles. If we let this growth continue, the growth from one pad would grow into the next pad within a few short years. By the time this would happen, much, if not all the original pad would be woody, old, and almost impossible to repair. So in order to maintain the appearance of these trees, we need to candle every year.

If allowed to grow, these new shoots would quickly take over.

How long does it take?

There are 180 trees in the Malott Japanese Garden trained in this style. Each tree can take anywhere from eight hours to multiple days, depending on the size and on the person who is working on it. Most of the trees at the entrance to the garden will take eight hours for some of our speedier employees. Most days, during our regular hours, you can expect to see between two to five employees in the trees.