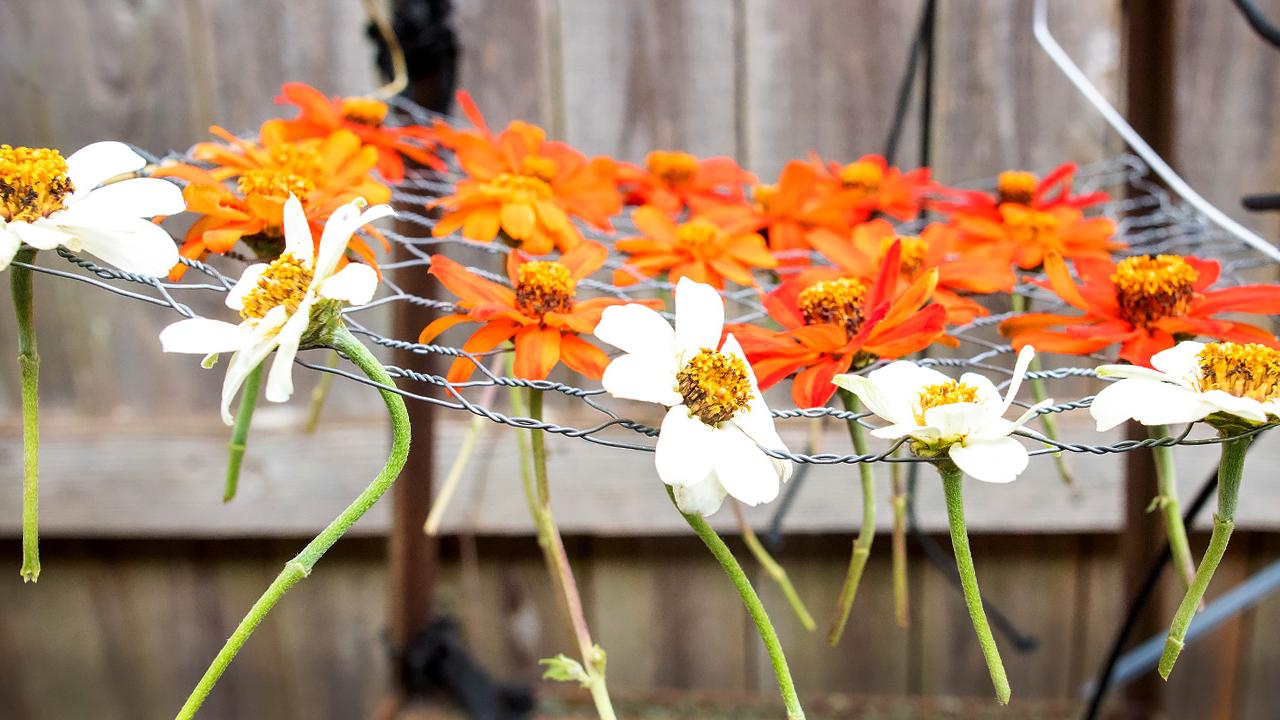 The Power of Plants: Botanical Weightlifters

There are things I look forward to seeing every season.

In spring, I watch for “mighty plants” that emerge from the ground with enough force to heave the soil above ground. These botanical weightlifters—the bulbs, grasses, and other emergent plants—pushing up soil that was compressed by a blanket of snow never fail to impress me. I am in awe of the strength of plants. 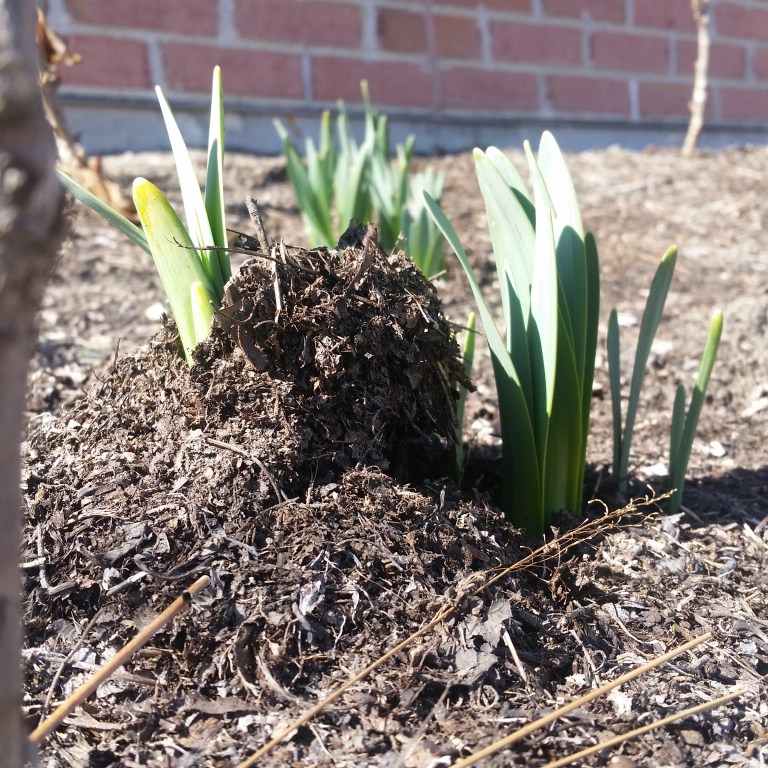 Daffodil leaves erupt from the ground and lift the mulch in the beds around the Regenstein Learning Campus.

Seeing bulbs coming up all around me inspires lots of questions. I want to understand how this is possible and I want to test their strength. So I spent a few weeks playing around with this phenomenon in the Learning Center’s Boeing Nature Laboratory.

To begin, I wanted to demonstrate that seeds will lift soil in a pot. I soaked bunch of wheat seeds overnight and planted them in a pot. I covered them with a generous amount of potting soil (about a 1/2-inch layer) and I tamped the soil down gently so that it would be compressed—like the topsoil might be after a winter of snow cover. Three days later, I had results! I sprayed the soil disk to give it a little adhesion, so I could see how long it would hold together as the grass lifted it up. 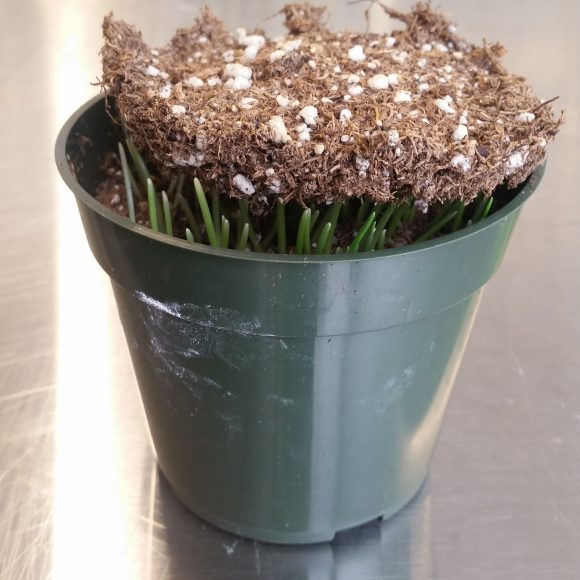 Day 3 after planting the seeds: They are pushing up the compressed layer of soil. 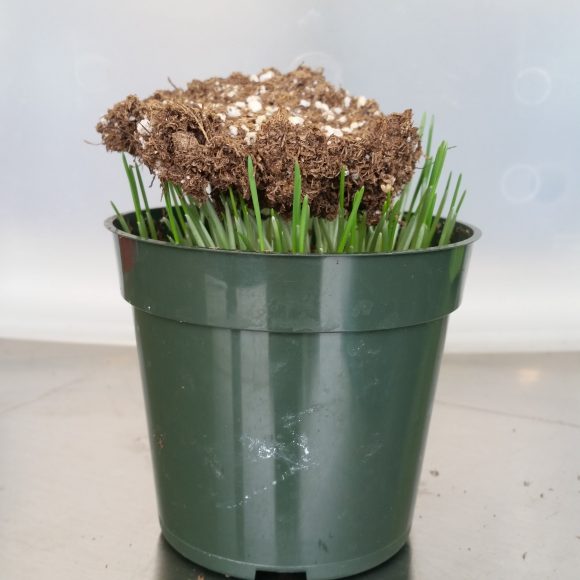 Day 4: The leaves have pushed the soil up a little more. 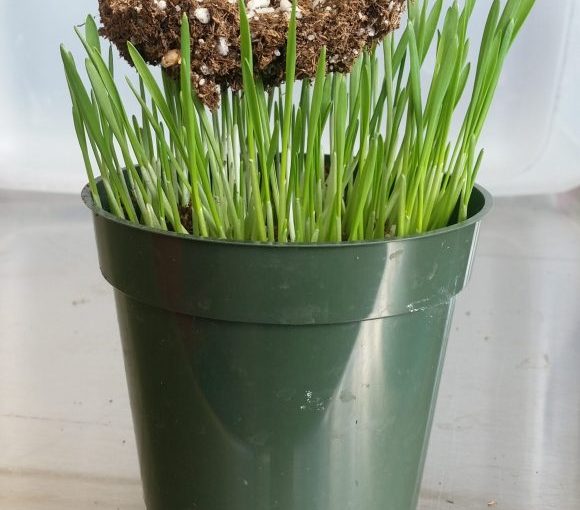 Day 5: The soil is light and there are a lot of wheat plants, so they continue to lift the soil. 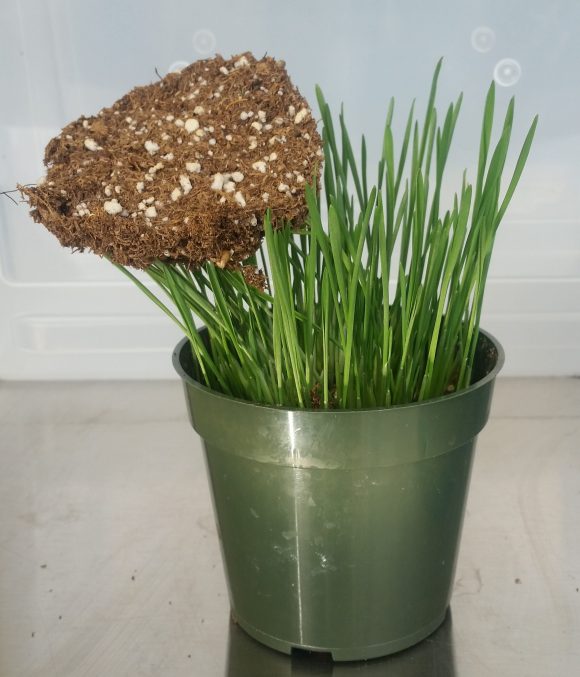 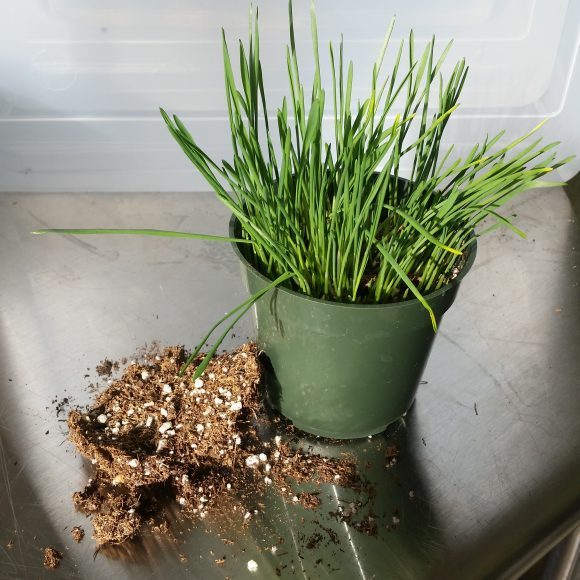 That was so much fun, I tried the same thing with a bunch of bean seeds. 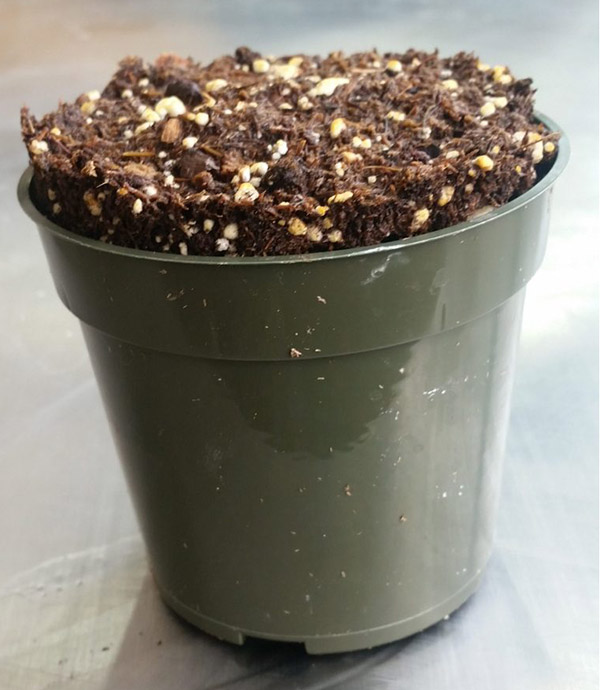 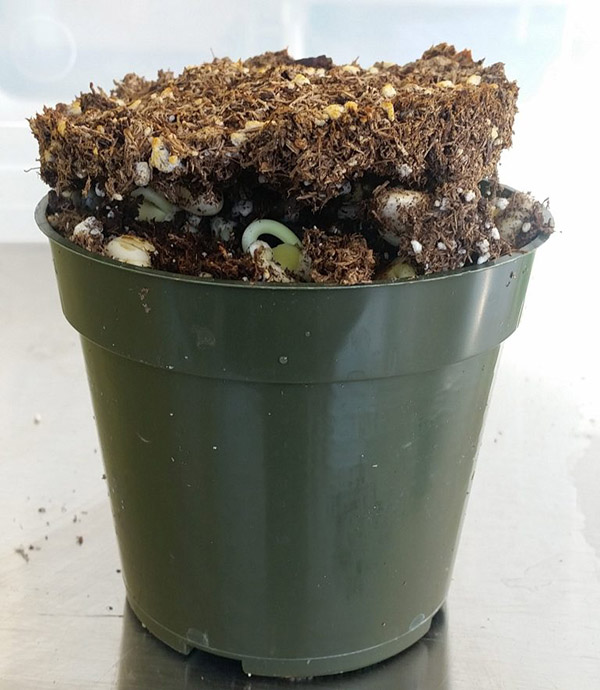 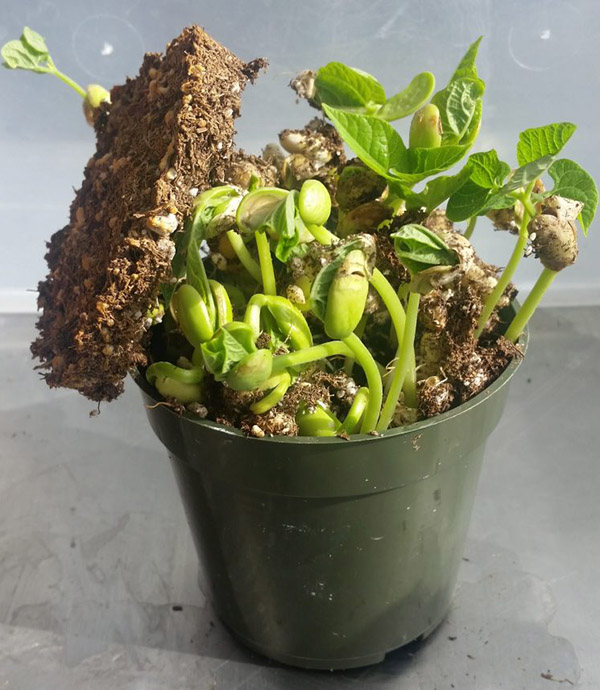 ...and bursting from inside the pot.

This demonstration was pretty easy and impressive. It is a simple activity to illustrate how plants and other living things change their environment to suit their needs (which is a disciplinary core idea in Next Generation Science Standards for kindergarten). I recommend doing it in the classroom or at home, just for fun.

Here are a few points about the nature of science and how scientists work.

I have to agree with Boyce Tankersley, the Garden's director of Living Plant Documentation, who says that those of us who lean toward botany instead of horticulture are more interested in growing plants to yield ideas rather than meals. In my continuing investigation, I have two goals, and neither is to produce anything to eat.

First, I want to determine the strength of sprouting seeds and see how far I can push them. For example, how many bean sprouts will it take to lift a coconut? I want to find a standard way to measure seed strength.

Second, I want to establish a reliable method for experimenting with seed strength so teachers and students can replicate the procedure, modify it as needed, and use it for their own investigations without going through the awkward phase of figuring out the best way to do this.