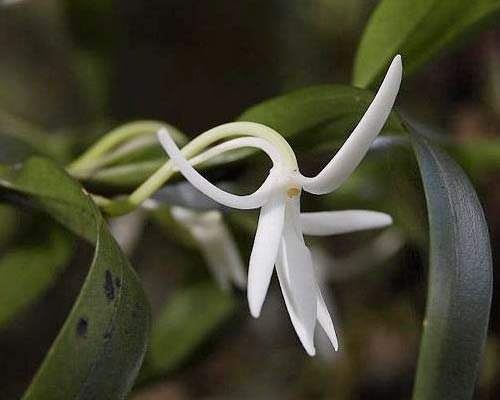 It’s the leaves of this orchid that tell a story: strongly vanilla-scented, they were brewed for a fragrant tea in Victorian times. It was called faham, or Bourbon tea—the latter referring to the island of Bourbon (later named Réunion), where the orchid is native.