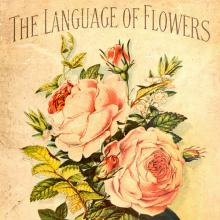 A free virtual program celebrating the language of flowers.
The Language of Flowers genre is at the intersection of botany, horticulture, natural history, art, poetry, and women’s studies. This 19th century popular literary trend, presented the world of botany through dictionaries of flowers and associated meanings, and floral poetry and prose, offering a sentimental view of natural history. A properly arranged bouquet was said to convey a “secret message” for the recipient. The “social media” of its day, this Victorian fad, led to many editions of works published, with multiple titles by successful authors.

The Chicago Botanic Garden’s Lenhardt Library presents this symposium as the capstone event for a grant awarded by the National Endowment for the Humanities to conserve and digitize language of flower genre editions.

The symposium is presented in collaboration with the Caxton Club, an organization bringing together a diversified group of authors, binders, collectors, conservators, dealers, designers, editors, librarians, publishers, scholars, and other interested individuals; into a community who share a love of books and provides them a forum to learn about their history, production, and preservation; to heighten their appreciation of outstanding content, design and production; and to share in the joys of fine books.

The Lenhardt Library is a partner in the Biodiversity Heritage Library, the world’s largest open access digital library for biodiversity literature and archives. BHL is revolutionizing global research by providing free, worldwide access to knowledge about life on Earth. 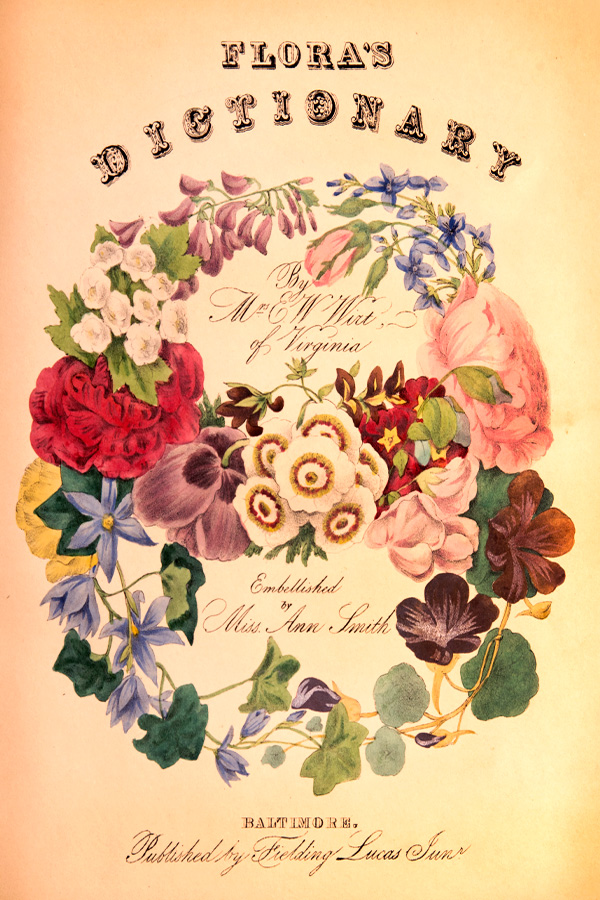 Brent Elliott was formerly Librarian, then Historian, of the Royal Horticultural Society. He has written on the history of gardens, the history of botany, and the history of botanical art. Among his books are Victorian Gardens (1986), The Royal Horticultural Society 1804-2004 (2004), RHS Chelsea Flower Show (2013), and Federico Cesi’s Botanical Manuscripts (2015), the last-named part of the publication of the Paper Museum of Cassiano dal Pozzo. He was the founder-editor of the Occasional Papers from the RHS Lindley Library. He has been a member of the Victorian Society’s Buildings Committee for over 40 years, and was a member of the English Heritage Historic Parks and Gardens Advisory Committee for 21. He is currently President of EBHL, the European Botanical and Horticultural Libraries Group.

Ann “Rusty” Shteir is Professor Emerita in Humanities and Gender, Feminist, and Women’s Studies at York University in Toronto, Canada. Her PhD was from Rutgers in Comparative Literature, and her teaching, research, and writing have been on women and nature in historical and cultural perspectives. Her prize-winning book Cultivating Women, Cultivating Science: Flora’s Daughters and Botany in England, 1760-1860 (Johns Hopkins University Press, 1996) has just been issued in Chinese translation. She co-edited Natural Eloquence: Women Reinscribe Science (1997) and Figuring It Out: Science, Gender, and Visual Culture (2006). Her interest in visual dimensions of nature and culture has led into publications and on-going research about Flora, the mythological goddess of flowers. A current work-in-progress is an interdisciplinary edited collection about women and botany in 19th-century English Canada.

Introducing the Language of Flowers

Leora Siegel is the Senior Director of the Lenhardt Library, one of the treasures of the Chicago Botanic Garden. Its 150,000-volume collection encompasses resources on gardening, botany, plant conservation, and landscape design, in formats from rare books to e-books. Library initiatives focus on public engagement, collections, and collaborations. Siegel holds Master degrees in both Library and Information Science and Natural Resources and Environmental Science, from the University of Illinois at Urbana-Champaign. She is a Fellow of the Linnean Society of London, and serves on the board of the Chicago Collections Consortium and Caxton Club.

Stacy Stoldt is the Library Public Services Manager and Rare Book Specialist at the Chicago Botanic Garden's Lenhardt Library. She holds a Master’s Degree in Library Science with a focus on the history of the book. She studied bookbinding, illustration processes, and researching rare books resources at the University of Virginia’s Rare Book School.  Stacy presents programs at the Lenhardt Library, including Meet the Rare Books, that provides interpretation and introduces rare books and primary sources to students, researchers, the curious, and the general public.  Stoldt serves as Chair of two committees for the Council on Botanical and Horticultural Libraries, the leading professional organization in the field of botanical and horticultural information.