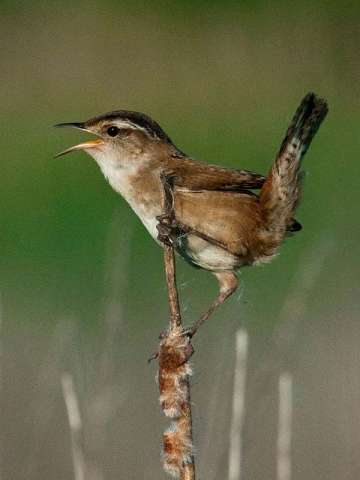 Description: This wren is most often heard, but may be seen, in wet areas of the Dixon Prairie or along restored shorelines. Look for their globular nests in sedges along the Skokie River.