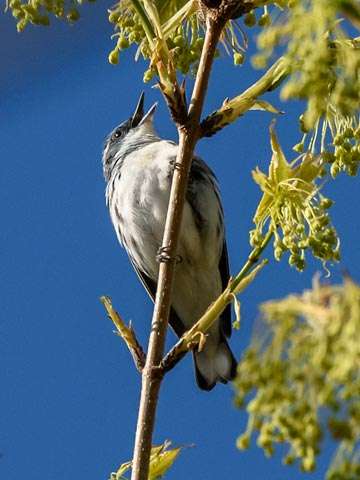 Description: This state-threatened, migrating species is locally rare, and is associated with old-growth forest that is declining throughout its range.