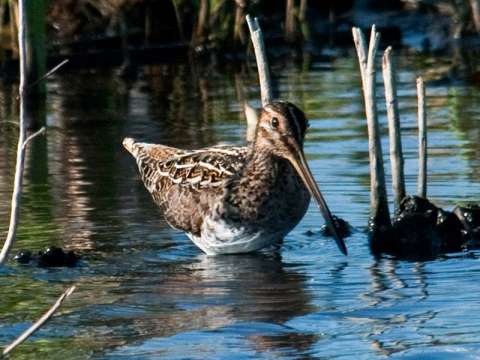 Description: The snipe is a common, medium-sized shorebird, most often seen on Marsh Island in the Dixon Prairie or along sedge covered shorelines.