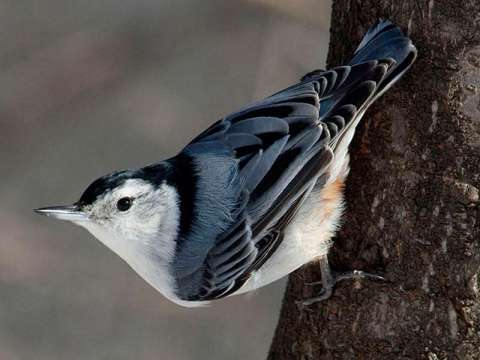 Description: A year-round resident at the Garden. Look for it on the trunks of trees, especially in the McDonald Woods.