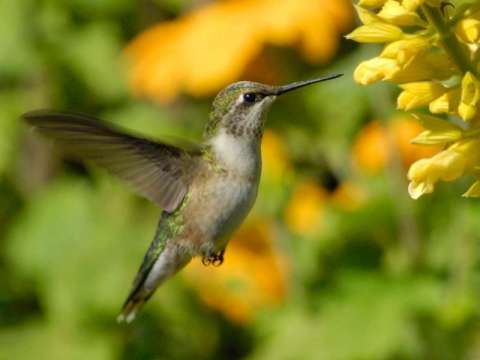 Description: This familiar bird hovers over tubular flowers while drinking nectar. It is sometimes confused with the similar-looking hawkmoth.