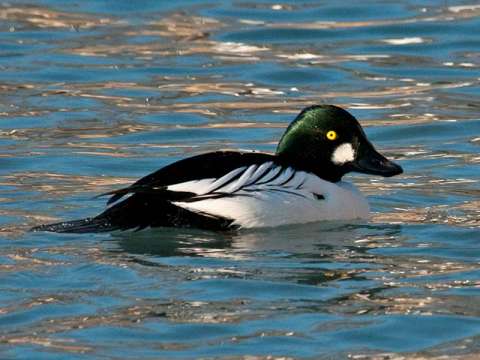 Description: This large black-and-white diving duck is often seen on the lakes in winter and early spring.