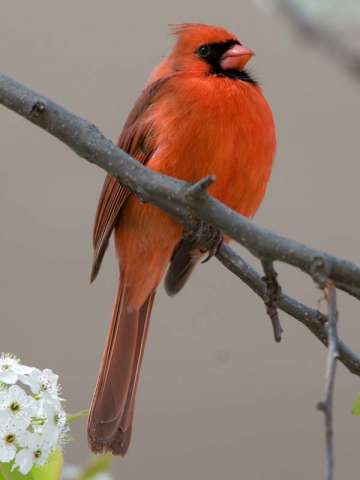 Description: Although once only a summer visitor from the south, the northern cardinal is now a year-round resident of our area and can be found anywhere at the Garden.