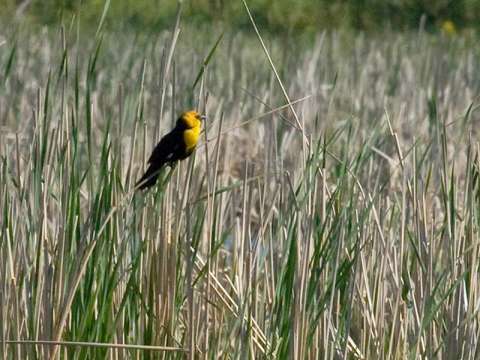 Description: Look for this tundra-breeder traveling in a flock of common redpolls or goldfinches and siskins. In winter, this rare visitor is most likely to be found in alders or birches while feeding on seeds in cones and catkins.