Just in Time for Halloween

This is the month for ghosts, goblins, and witches, and for tricks and treats. Some plants, like fragrant roses, certainly provide our noses with a treat. Others can be tricksters, offering up poisonous berries, sharp spines, and stinky scents.

“My favorite creepy plant is southern catalpa (Catalpa bignonioides),” says Tom Tiddens, supervisor of the plant health care department. “It has long, dangling branches and I like to put purple lights on it in October—it looks pretty cool.” On a fall night, the bare limbs look like big straggly arms reaching across his garden. The tree is also known as cigar tree and Indian bean tree.

Indian pipe or corpse plant (Monotropa uniflora) is ghostly white because it lacks chlorophyll. It’s often found growing in dark, spooky sites on the forest floor in the shadiest of places where few other things grow.

Doll’s eyes (Actaea pachypoda) is a native wildflower that grows in many deciduous woodlands. Its common name comes from the white and black berries that appear in early fall and look like the eyes of old-fashioned china dolls. Although some birds eat the berries, the plant is toxic to humans.

There’s witch hazel (Hamamelis), Dracula orchid, and deadly angel’s trumpet. And, there are those creepy carnivorous plants. When an unsuspecting insect lands on a Venus flytrap, the leaves snap shut, capturing the insect where it becomes “plant food.” 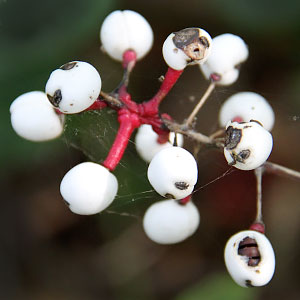 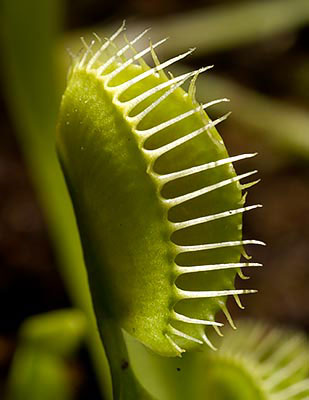 If you walked by the Visitor Center this summer, you may have noticed plants with large, green leaves covered with fierce-looking protective hairs called trichomes. That’s naranjilla (pronounced nahr-ahn-HEE-yah) is a member of the nightshade family (Solanaceae), and its Latin name is Solanum quitoense.

“I find its spiny leaves very scary,” says Jill Selinger, manager of adult education. “It’s like having a plant laced with barbed wire—yikes!”

Cardoon (Cynara cardunculus) is another ferocious-looking plant growing in the Regenstein Fruit & Vegetable Garden. Its giant, silvery, sharp leaves look like thistle, but it’s related to the artichoke. 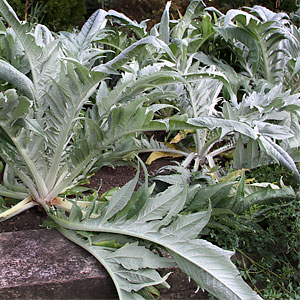 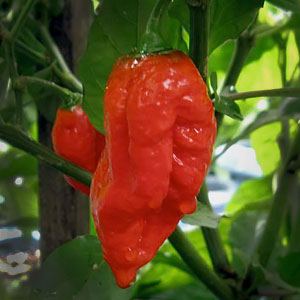 Bittersweet nightshade (Solanum dulcamara) is a common weed in many local gardens. Its leaves are bitter and toxic and the berries are potentially toxic to humans.

“The deadly nightshades, of course, are the creepy plants for October,” says Lisa Hilgenberg, the horticulturist for the Regenstein Fruit & Vegetable Garden.

This past summer, she grew many of the plants in the nightshade family, but they were the tasty, edible kind—tomatoes, eggplants, potatoes, Goji berries, tomatillos, and peppers. Beware of the ghost pepper, Bhut jolokia, one of the hottest peppers in the world—it can deliver a fiery burn to the tongue.

Depending on your taste buds, brussels sprouts may be a trick or treat this time of year. A member of the cabbage family, brussels sprouts can be stinky and mushy when overcooked. However, a fall frost will sweeten their flavor.