It’s just about that time of year for ghosts, goblins, witches, and treats. To celebrate, here are some plants that are not only creepy and chilling, but cool, charming, and cute. 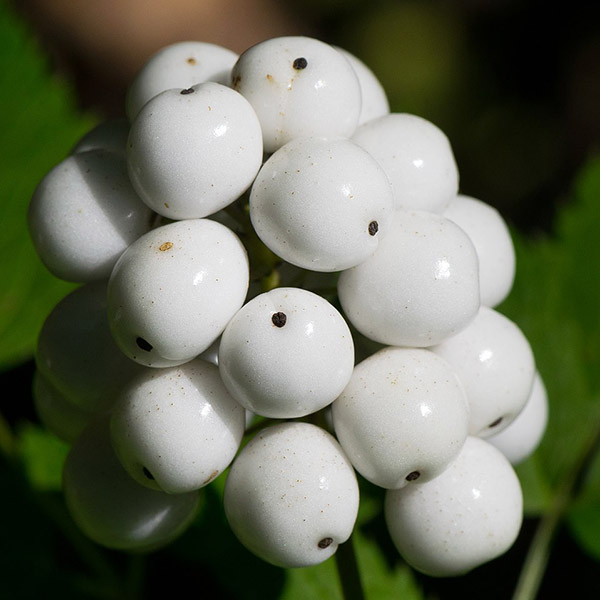 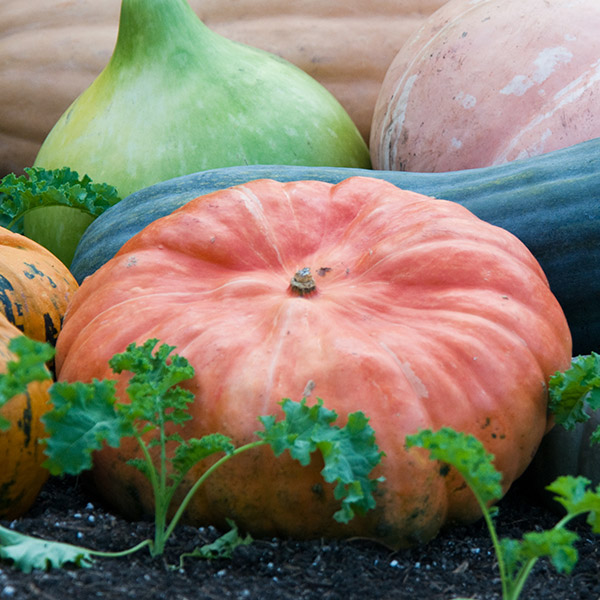 Move over big jack-o'-lanterns. There's a new kid in town. Baby Boo is a miniature pumpkin that’s white as snow. These cuties measure 2 to 3 inches wide and 2 inches tall. Sow the seeds outdoors in May on a trellis or a fence and you’ll have a bumper crop by fall. (Tip: Hold all pumpkins—big or small—by the bottom, not the stems, which can crack.)

Some people like their peppers hot, but fooled-you jalapeños are true to their name—they look like regular jalapeños but have virtually none of the tongue-scorching oils. They’re more treat than trick. Stuff them with some cream cheese, wrap them in bacon, and throw them on the grill.

Most eggplants are a deep purple and are often bitter tasting. But here’s a ghostly eggplant with ivory-white skin and silky flesh that has a faint taste of mushroom. This Japanese eggplant grows about 5 to 6 inches long. They’re easy to grow in large containers during summer. Split the fruits lengthwise, lightly oil and season the flesh, and grill them for a yummy Halloween treat.

This flattened French heirloom pumpkin, called Rouge Vif d’Etampes, looks like a little fairytale coach. The deep orange flesh can be used in soups and purees. But it’s just as beautiful carefully stacked in a tower of other colorful pumpkins. Or create a Halloween party tablescape with the carriage “pulled” by a team of Baby Boo pumpkins.

On a walk through the woods, see if you notice any plants staring back at you. It might be Doll’s Eye, aka white baneberry (Actaea pachypoda), a native woodland perennial with upright stems of odd-looking "eyeballs." After the fragrant white flowers are pollinated, they become creamy white berries with black dots that look like dozens of dolls’ eyeballs staring in different directions. Enjoy them from afar—like other berries in the baneberry family—they are poisonous. 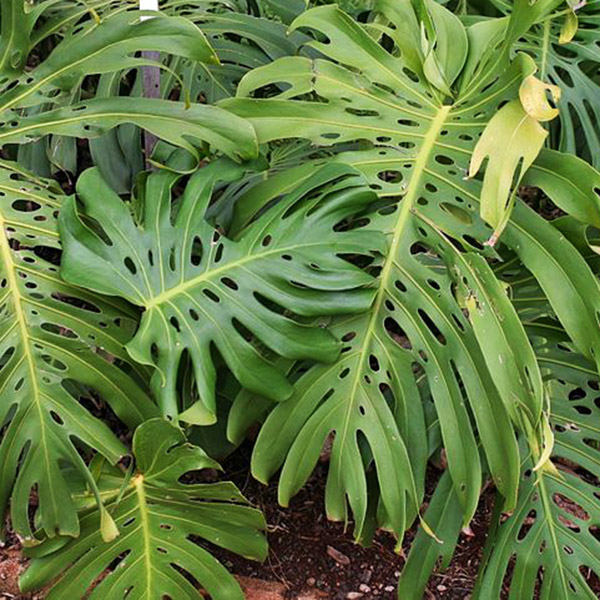 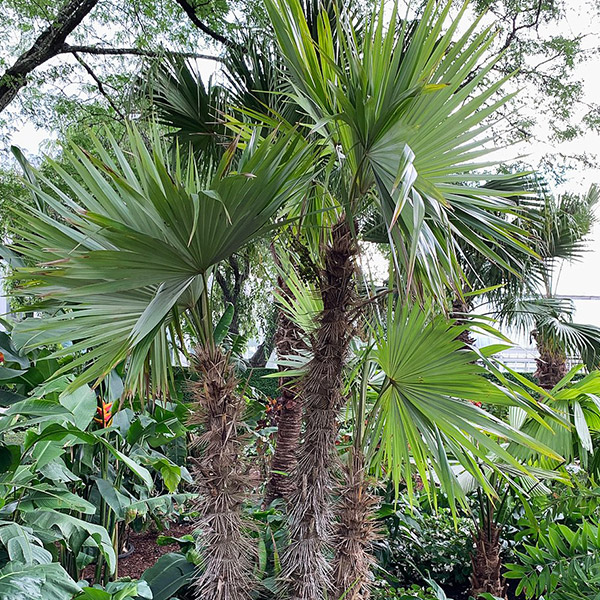 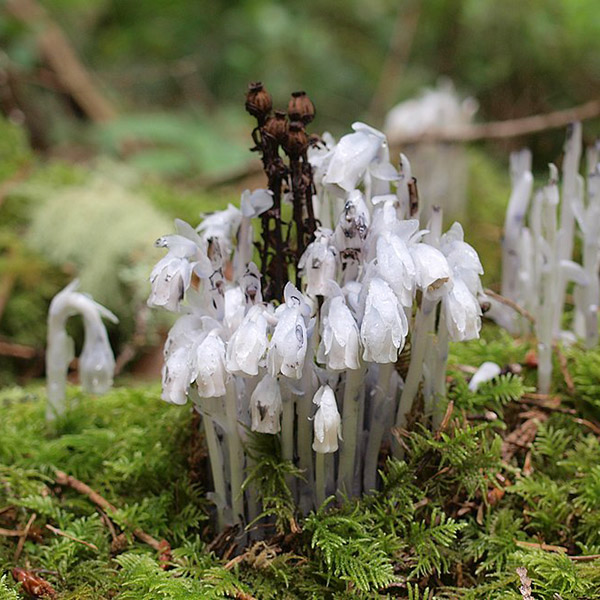 Ghost Plant, Will Brown / CC BY

This tropical plant gets its Latin name from the word “monstrous” or “abnormal,” which refer to its large leaves that often have perforations. The holes or deep lobes account for its other common name, “Swiss cheese plant.” Whatever its name, it makes a great monster of a houseplant.

You might encounter this palm while visiting Haiti or the Dominican Republic. You’d definitely want to avoid the spine-like needles, which are perhaps the scariest part of this plant. The thatched leaves are lined with long spines that are supposedly used as voodoo doll needles. Ouch.

This rare begonia was discovered in 2013 near West Kalimantan, a province in the southern Indonesian section of Borneo. Its common name is derived from its near-black leaves, but the plant is not nearly as dark and ominous as its namesake.

This plant is a trickster, poking unsuspecting gardeners with small hairs that produce itching and swelling. Wear gloves, pants, and long-sleeve shirts to avoid contact with the plants when weeding. Although nettles (Urtica spp.) are annoying because of the stinging hairs and itchy skin, these plants can provide food for several species of butterflies.

The bad boy of the chili world, ghost peppers are at least 100 times hotter than jalapeños. If you’re not into hot peppers, it will scare the pants off your taste buds. Also known as Bhut Jolokia, it’s one of the hottest peppers in the world. Although the ripe peppers are red, not white, the name “Bhut” in Indian means “ghost.”

Ghost plant (Monotropa uniflora) is a perennial that flowers from June through early fall. It’s striking because it’s completely white. Rather than produce chlorophyll like most plants—the pigment that creates green leaves and stems—ghost plant saps nutrients and carbohydrates from tree roots and thus has no need for chlorophyll...perhaps it’s the vampire of plants.

The only way to describe this towering stinkpot when it blooms is like that of a rotting corpse or spoiled meat. The titan arum (Amorphophallus titanum) emits a fragrance that can only be described as a decaying, rancid, and rotten stench. It certainly doesn’t appeal to humans, but it’s a magnet for carrion flies and beetles, which are some of the pollinators drawn to the scintillating scent. Since the blooms last only 24 to 36 hours, the stink-loving insects have little time to dine.