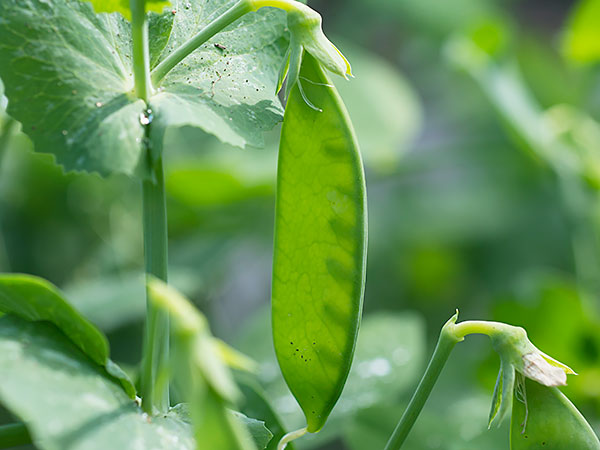 As days grow longer in early spring, gardeners get itchy. And for vegetable gardeners, late March is not too soon to get started.

But you can't plant just anything. Only a few crops, mainly greens and root vegetables, have seeds that will sprout in cool soil — and to a seed, it's the soil temperature, not the air temperature, that matters. A brief spell of T-shirt weather in late winter or early spring may bring a gardener out of hibernation but won't do much to warm the soil.

Even plants that start sprouting in cool soil will sprout more enthusiastically when it gets a bit warmer. Spinach seeds, for example, can germinate in soil as cold as 35 degrees Fahrenheit, but a larger proportion of seeds will sprout at temperatures from 45 to 70 degrees. And when the soil gets much warmer than that — warm enough for tomatoes to germinate — spinach won't sprout at all.

Germination is not the only issue. There's also the danger of late frosts that can nip at the foliage of seedlings or a hard freeze that can ruin them. So when you plant early, have a plan for covering crops with floating row covers (or old sheets) when temperatures below 32 degrees are predicted at night.

The Regenstein Fruit & Vegetable Garden starts growing crops beginning early in the spring. Just remember that in Glencoe, the climate is a bit more moderate than farther away from Lake Michigan. Your own garden may not warm up as fast.

The best way to know when to start sowing is to get a soil thermometer (less than $5) and make sure the soil has reached at least 35 degrees. But it's generally a good bet to start sowing the coolest germinators — spinach and lettuce, which begin sprouting between 35 and 40 degrees — a week or so after the ground in your sunny, well-prepared garden bed has thawed all the way down. That's often in mid-March, depending on where you are.

But with the notoriously erratic weather of midwestern springs, shrewd gardeners spread their bets. They sow each of these crops in two or three batches, staggered a week apart, so they'll be most likely to catch the best conditions for each kind of plant.

Of course, seeds don't just need the right temperature. They need the right soil, amended with compost or other organic matter to make it light and rich. It's best not to dig amendments into the garden in early spring, though, because the soil is often wet from rain or melting snow and digging in wet soil can compact it.

Early spring crops are a good argument for preparing the vegetable garden in fall. Then you'll be ready to sow in March without packing down the soil (as long as you don't walk on the planting beds).

Of course, you can avoid the whole compaction issue if you sow your seeds in raised beds or in containers. And you may even be able to get started a few days earlier, since the soil in raised beds tends to warm up a little faster.

Greens such as lettuce and spinach are especially well-adapted to growing in pots if you plan to harvest the leaves young. Snip the largest leaves individually with scissors when they are 3 to 5 inches and let the younger leaves keep growing, and you can get several salads over several weeks out of 12-inch-wide pot.

Most of the early spring crops are best direct-sown in the soil, although you can start some kinds indoors or buying transplants. Be careful about trying to get an early start, because not all seedlings can withstand a frost. And remember that just because a plant is on sale at the home center doesn't mean it's time to plant it. Root vegetables, including radishes, beets, carrots, and turnips, don't like to be transplanted, so they should always be direct-sown.

A root crop well-suited to container gardening is round radishes, which can produce happily in a pot just 6 to 8 inches deep. For sheer early spring gardening satisfaction, radishes are hard to beat. Given sun, good soil, and steady moisture, you can go from sowing seed on a chilly day to slicing radishes into your salad in less than a month. That should be quick enough to scratch any gardener's itch.

With the notoriously erratic weather of midwestern springs, shrewd gardeners spread their bets. 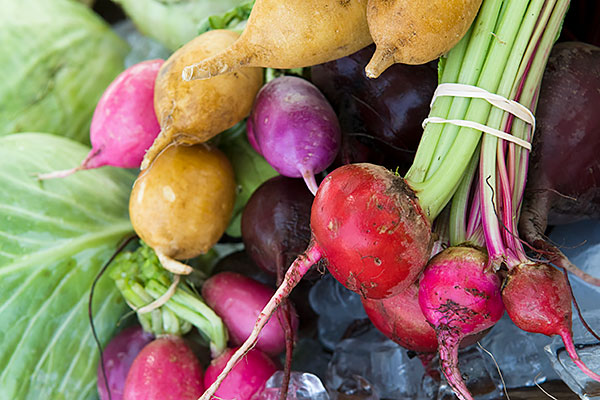 Root vegetables — including radishes, beets, carrots and turnips — don't like to be transplanted, so they should always be direct-sown.