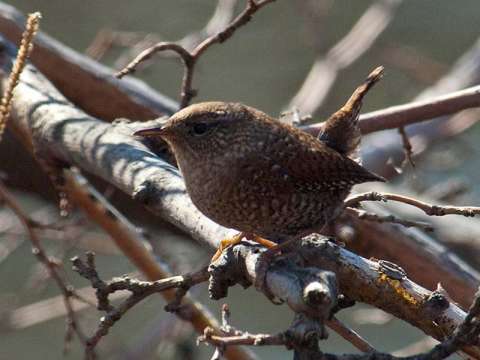 Description: A long-winded songster, this tiny member of the wren family tries to avoid being seen while on its stop-overs in McDonald Woods during migration.