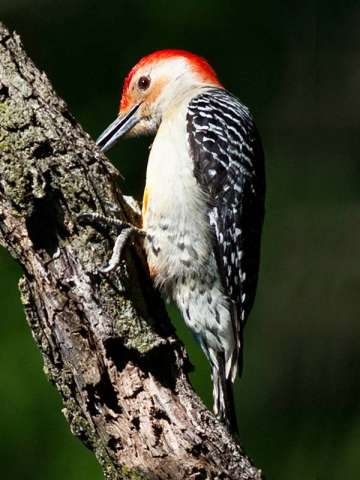 Description: This is one of two visible woodpecker species with red highlights on its head. It is more common than the red-headed woodpecker. Look for this species in the McDonald Woods or at bird feeders in winter.