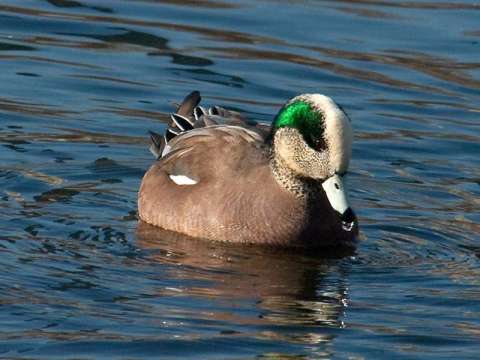 Description: This duck may be seen on the lakes, but it does not dive.