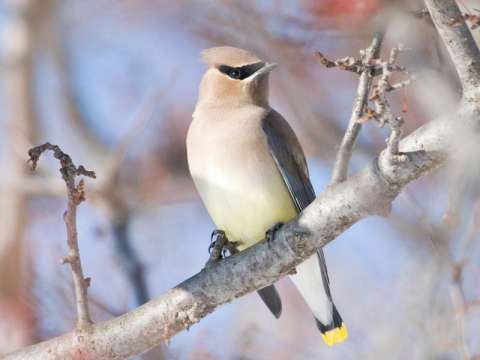 Description: Large flocks of this species are often seen in the fall and winter in fruiting trees, or elsewhere around the Garden.