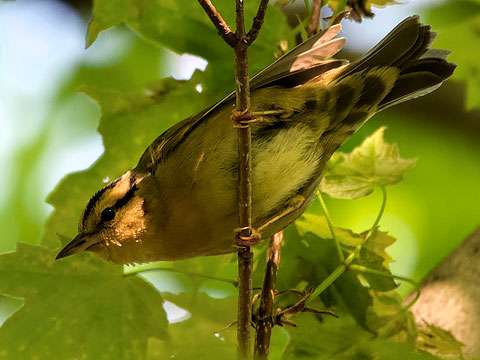 Description: This rather rare southern visitor is most likely found in the McDonald Woods.