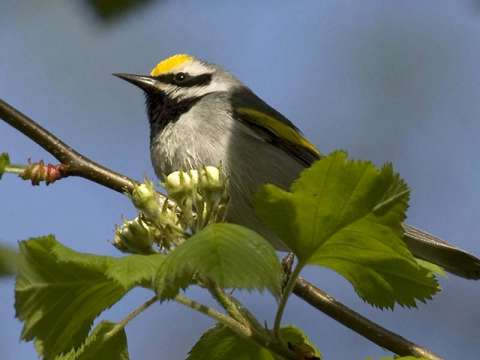 Description: Although associated with early successional woodlands, this species can be found in any shrubby or wooded habitat at the Garden while migrating through.