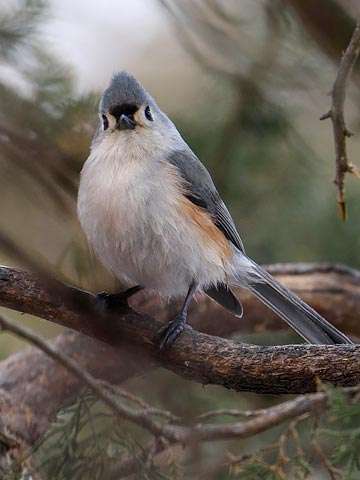 Description: A close relative of the chickadee, this southern species is rarely spotted at the Garden.